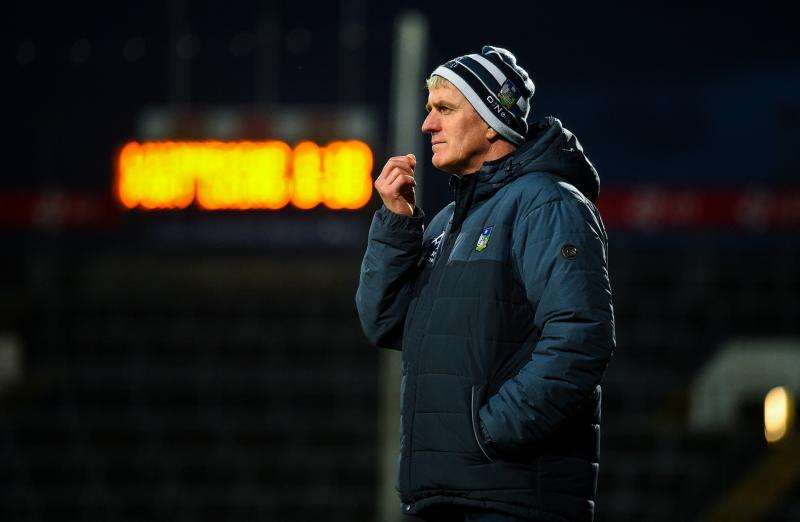 JOHN Kiely has cautioned that Limerick will need to "up our game significantly" for Sunday's Munster SHC semi final.

The Pairc Ui Chaoimh clash is a meeting of the reigning All-Ireland champions with the reigning Munster SHC winners and recently crowned Allianz League winners.

Sunday's semi final has a 4pm start and is live on RTE television.

“Next week we’re going to have to up our game significantly again. We’re playing the All-Ireland champions so we’re going to have a big, big challenge to get ready for that now, quick turnaround in seven days,” said Limerick manager John Kiely of Sunday’s semi final.

“I’m glad we’ve got the game under our belts, we had an idea of where we needed to go in terms of things we needed to work on and we’ll have to go and get our shoulder to the wheel on that over the next seven days,” outlined Kiely.

Victory on Sunday moves Limerick into a Sunday November 15 Munster SHC Final, while defeat sends John Kiely’s men into the All-Ireland SHC Qualifiers on November 7/8 or 14/15.

It’s 2002 since Limerick and Tipperary last played on Leeside – there have been 16 championship meetings since; Tipperary winning eight, Limerick wining five and three draws.

Once again, Sunday will be behind closed doors but John Kiely’s remains content that the championship is “absolutely worth it.”

"Of course it’s worth it, it’s absolutely worth it. Unfortunately it has to be the way it is,” said the Limerick manager.

“I’ll be honest with you, the buzz was there this morning. The buzz was there all week. We could all feel it, probably today more so than ever because we realised how privileged we are to have an opportunity to play. Everything was as normal apart from the fact that there’s nobody here. Everything else was as normal in terms of the nerves, the excitement, the unknown, the anticipation of what might be the unknown that you might not have thought of that might just happen," he outlined after defeating Clare.

“I think the players will still be much more satisfied as individuals on both cases, I would imagine, that at least they got to play their game today. Being honest with you, when the crowd is there sometimes you don’t know that they’re there at all. You’re just so engrossed in the game. I think the crowd adds to the occasion without a shadow of a doubt. From the minute you arrive at the stadium you know things are different. But listen it is what it is. We just have to accept it now and move on," said the Limerick manager.

"I’m sure an awful lot of people at home got a lot of enjoyment out of being able to sit down of a Sunday afternoon and watch a championship match, especially the older people in the population. They will great solace from the fact of being able to sit down and watch their team play and watch all the other teams play you know. I know from my own parents they’ll be welded every Saturday, every Sunday, to all the matches that’ll be going on and I’m sure that’ll be the case in many a household all over the country."