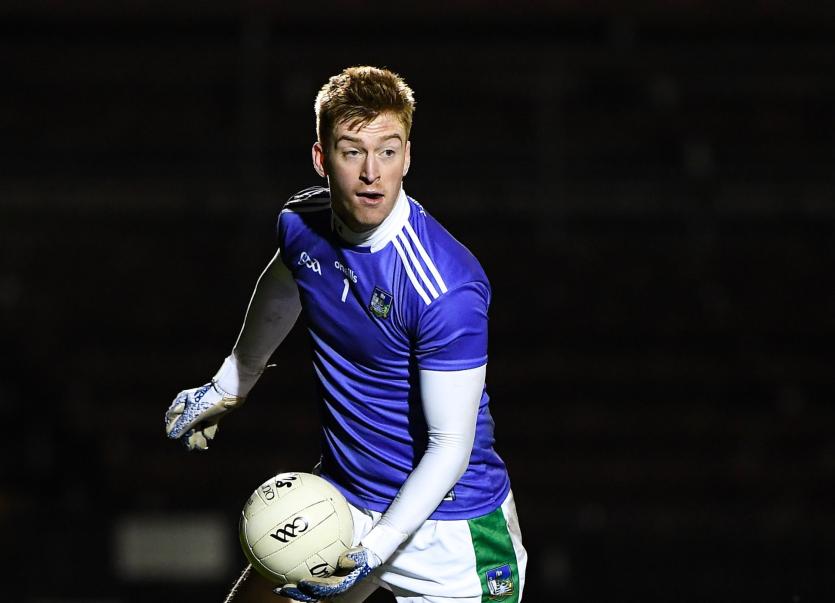 Now the quest is to build upon that win when Limerick face Waterford in Dungarvan on Saturday (7pm) in the Munster SFC quarter final - the game will be live on www.gaago.ie for €5.

“Waterford will be a huge challenge down in Fraher Field in Dungarvan,” stressed Limerick goalkeeper Donal O’Sullivan.

”There is always only a point or two in our games They have a lot of very talented, skillful players and play a very aggressive, hard running game – it’s going to be a huge challenge on Saturday evening,” said the Monaleen man ahead of his eighth championship season with Limerick.

”It’s been very strange circumstances but it’s a privilege that we are exempt from lockdown restrictions and that we have an opportunity to go represent Limerick and we don’t take that lightly,” said the team’s vice-captain.

”Any Munster Championship win is hard fought and that’s the target.”

Limerick go to Waterford in high spirits – eight wins from 10 outings in 2020 has returned Allianz League and McGrath Cup silverware.

“​We are delighted now – we were very disappointed last week when we felt we didn’t do ourselves justice, both individually and collectively. We addressed that during the week and made a promise that we wouldn’t leave Markievicz Park without a result,” explained O’Sullivan of the league finale against Wexford and Sligo.

“Billy (Lee) made sure to tell us to savour the feeling that we have done a good job but then from Tuesday switch the focus to the Munster Championship,” said O’Sullivan.

“One or two games we only scrapped through by a point or two but I am just delighted for Billy (Lee), Begs (Brian Begley), Seamie (Seamus O’Donnell) and Shane (Kelly) because three or four years ago they took us when we were on our knees and thankfully they are getting a bit of a reward now.”

He continued: “Along with Adrian O’Brien in strength and conditioning we tried to address any deficits we had in our standards and year on year we have won three or four games and now thankfully it’s five games to get us over the line in the league”.

”A big thing for us is that a lot of the panel are now staying and then after four or five years you develop and the experiences of years gone by stand to you and that transfers into results.”