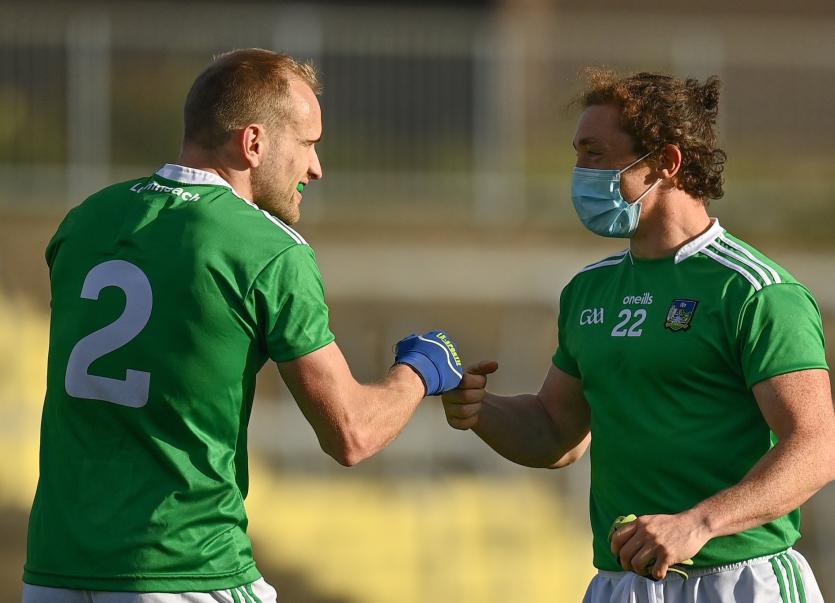 Billy Lee's Limerick were 1-16 to 1-14 winners over Sligo in Markievicz Park to end a four year stay in Division Four.

And, Limerick were crowned champions due to results elsewhere - adding to previous 2010 and 2013 title wins.

Limerick finish the league with five wins and two defeats from seven outings.

Attention now turns to the Munster SFC next Saturday against Waterford in Dungarvan.

Limerick were slow to start the previous week in defeat to Wexford but settled early here.

By half time the men in green were 1-9 to 0-4 ahead with six different scorers.

Billy Lee's men bossed much of the opening half, when aided by a gentle breeze.

And, the lead could have been greater - Limerick had five wides (Sligo had three) and there were a number of opportunities for goal.

Limerick made four changes in personnel from the loss to Wexford and a number of positional switches. Iain Corbett moved from defence to attack and he opened the scoring in the second minute.

Sean Carradine then had the only Sligo score of the opening 25-minutes.

Back down the field went Limerick and two Hugh Bourke points stretched out the lead, despite four early wides.

On the restart Limerick continued on the forward foot.

Peter Nash became the 31st minute to feature in this league campaign for Limerick and he had a 21st minute point.

Minutes later came the first half Limerick goal - Cillian Fahy floated a lovely pass into the path of Hugh Bourke and the Adare man found the net from close range.

Earlier both Bourke and Corbett had glimpses of goal.

Nonetheless, Limerick were now 1-6 to 0-1 ahead and 24-minutes played.

Back came Limerick to finish with three of the final four points.

Limerick did go down to 14 men in first half injury time - a blackcard for McSweeney.

Sligo didn't reduce the lead while McSweeney served his 10-minutes off in the second half.

Killian Ryan and Darragh Treacy had Limerick points to leave the scoreboard 1-11 to 0-6 after 10-minutes of the restart.

When Treacy added his second, Limerick were nine points clear just after the second half water break.

Then came the Sligo purple patch - 1-3 without reply.

Goalkeeper Donal O'Sullivan then pointed from a free and a '45 to seal the win.

The O'Sullivan scores had Limerick 1-16 to 1-10 ahead but Sligo did come with an injury time rally of four points.