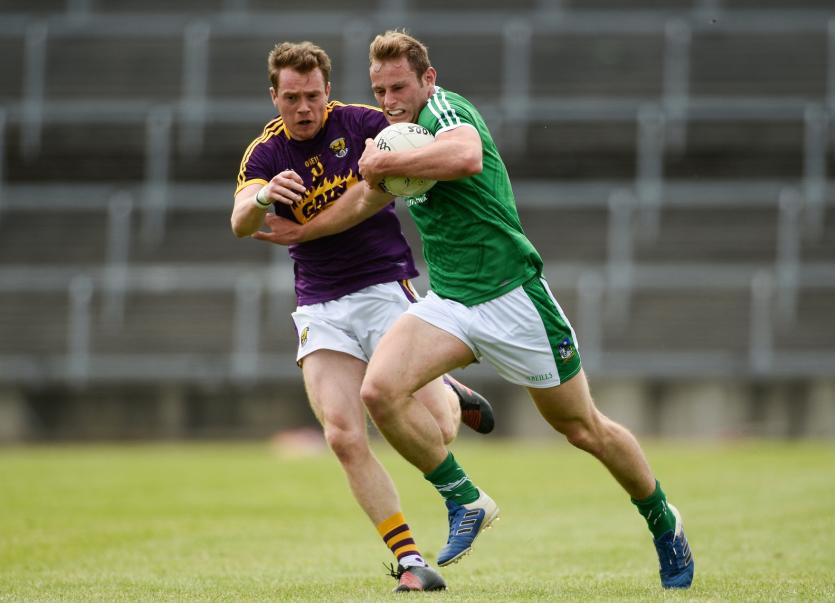 SEVEN months ago Limerick were brimming with confidence and on the trail of winning promotion to end a four year stay in Division Four of the Allianz Football League.

Then came the Covid-19 enforced lockdown.

This Sunday, Billy Lee’s senior footballers are the first Limerick GAA inter-county side back into action as they resume their promotion push.

First up Wexford this Sunday afternoon (3pm) in a game that game will be available to watch online via www.gaago.ie for a price of €5. The Limerick team was named on Friday night - see here

And, victory for Limerick will ensure promotion to Division Three and crown Limerick as 2020 Division Four league champions with a game to spare.

However, Wexford, Sligo, Antrim Wicklow and Carlow are also still in the hunt for a top two finish and promotion if Limerick fail to get the necessary wins.

The visit of Wexford to Rathkeale will be their first league game in Limerick since a 2014 tie in the Gaelic Grounds - on that occasion in Division Three. That was Limerick's last win over The Model County - current players Iain Corbett and Seamus O'Carroll among the scores in a 1-14 to 0-13 win, with Ian Ryan notching 1-10.

"Before the whole lockdown I felt we would need three points from the four remaining to ensure we finish in that top two. But really we are not looking past Wexford. Lets see how Wexford goes and that will determine our next step. It’s a home game and you have to make your home games count. If we want to move upwards, you have to ensure that you don't lose at home. You have to make sure that your home is a huge thing for you - make it part of your ethos that it’s your home and that you are going to win there. That’s something that we have tried to work on," said Limerick manager Billy Lee.

After the back-to-back league games, Limerick play Waterford the following weekend in the Munster SFC.

"It’s week on week now so looking beyond any one game isn’t a luxury that we have."

For now, focus is solely on the league.

"If we can end in that top two then that is progress. Being champions would be a bonus - really for us it’s about moving up in the competition," said Lee.

This Sunday, Wexford will be playing their first competitive game under new manager Shane Roche.

Last month Paul Galvin resigned as Wexford manager just one day after inter-county training was officially allowed to restart — with the former Kerry player citing his family’s move out of Dublin because of Covid-19 as the main reason.

Ex-Wexford player Roche, who was part of Galvin’s backroom team, took the reins for the rest of 2020.