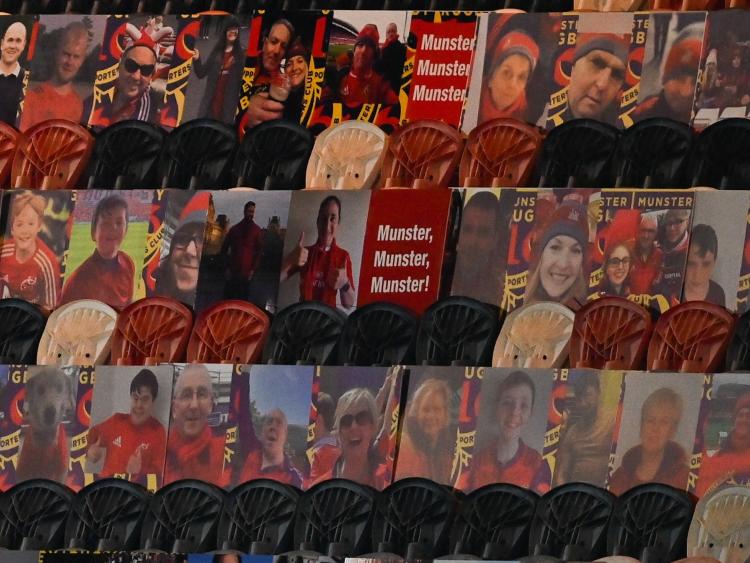 STRANGE day Saturday. Back in Thomond Park to report on a first home Munster match in more than seven months and in the middle of a global pandemic.

As with all aspects of our lives, the protocols around reporting on a professional sporting fixture such as a Guinness PRO14 game has changed utterly.

For a journalist attending a fixture in the PRO14 at present, the week begins with Matchday Registration which is completed a few days in advance of the game taking place.

On matchday itself a daily health questionnaire must be completed, before media make their way to the check-in area a few hours before kick-off.

At check-in you receive a temperature check and pick up your matchday accreditation before making your way to the press box.

To be fair, the entire process last week was very efficiently organised with no hold-ups or delays.
Walking to the ground, you see the floodlight pylons illuminating the evening sky, but there are no supporters streaming to the venue, no one looking to get their hands on a spare ticket, no one selling merchandise, no banter between the rival supporters. It's 9o minutes before kick-off and it's eerily quiet.

For journalists it's straight to your seat in the press box. A limited number are allowed and all are wearing masks and all well socially distanced.

The cut-outs will remain in place while the stadium capacity is limited. It's a surreal sight at a surreal time.

With the absence of spectators, you can clearly hear the players' chatter during the pre-match warm-up, the words of encouragement during the game.

After full-time the post-match media conference for written press takes place via a Microsoft Teams call. you can your questions through your mask. It's the new normal.