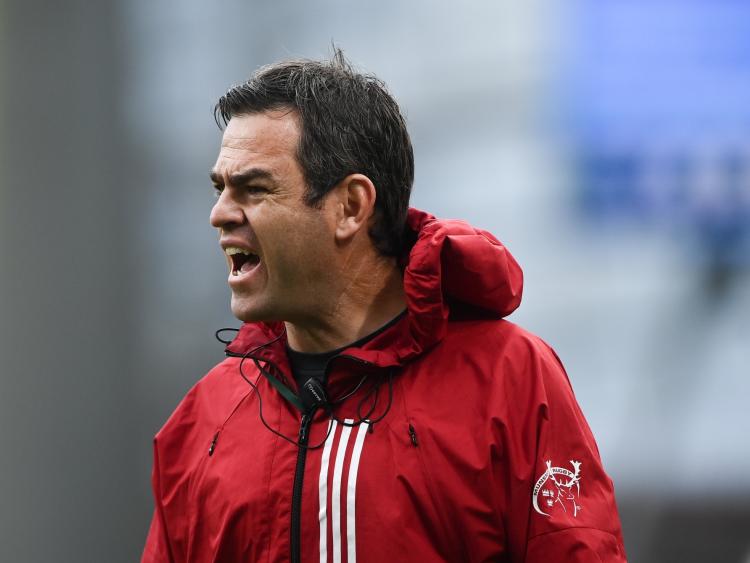 THE Munster Rugby squad, minus those players called up to Ireland camp, returned to the team's High Performance Centre at UL this Wednesday.

With the Guinness PRO14 taking a break this weekend with the staging of the Heineken Champions Cup final, Munster's next fixture is a home date against the Cardiff Blues at Thomond Park on Bank Holiday Monday, October 26 at 8.15pm.

Munster made to two wins on the bounce in the PRO14 when edging past Edinburgh 25-23 at Thomond Park on Saturday night.

Head coach Johann van Graan said: “We’ve got a few days off until Wednesday, the national lads will go to the national team, then there’s the Sevens tournament next weekend in Dublin so a few lads will play Sevens - obviously our tight five won’t be involved in that tournament.

"So it’s been a pretty tough few weeks and we’ve got to make sure the guys in isolation recover, the guys with positive cases recover and then take the next steps for a big block of 12 or 14 games in a row.”