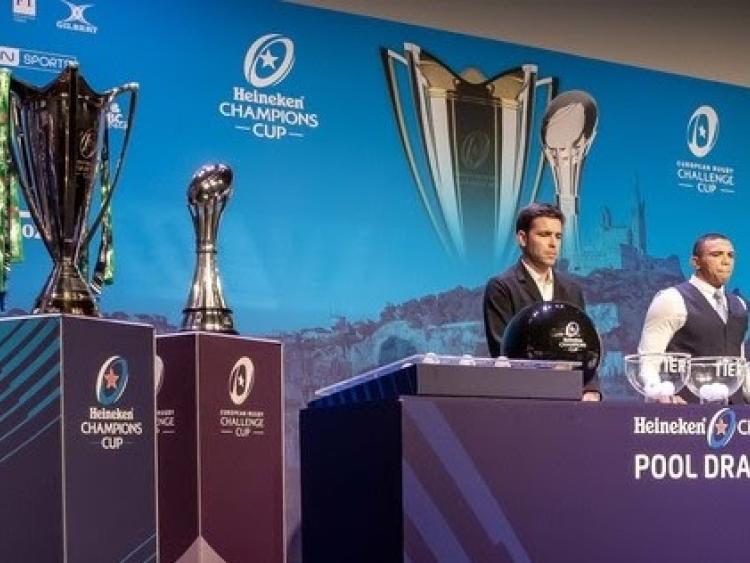 THE Pool Draw for the Heineken Champions Cup will be staged in Lausanne for the third successive year on Wednesday, October 28 when Europe’s elite clubs will find out who their opponents will be for the 2020/21 season.

The previously announced new tournament format will see 24 clubs made up of eight representatives from each of the Gallagher Premiership, the Guinness PRO14 and the TOP 14 drawn into two pools of 12 – Pool A and Pool B.

Once the two pools are constituted, the new format demands that clubs will only play against opposition which has been drawn into the same pool, and in addition, clubs from the same league will not play against one another.

In order to create the fixtures, clubs in Tier 1 will play against clubs in Tier 4 and clubs in Tier 2 will play clubs in Tier 3. Each club will have four pool stage matches – two home and two away - and the new format will include an expanded knockout stage with quarter-finals played over two legs on consecutive weekends.

The top four clubs from each pool will secure their places in the quarter-finals with the clubs ranked fifth to eighth qualifying for the Round of 16 of the Challenge Cup.

A video of the draw will be available on HeinekenChampionsCup.com and official social media channels. The new Challenge Cup format does not necessitate a draw and the fixtures for the preliminary stage of the 2020/21 tournament will be announced in due course.

*If Racing 92 win this season’s Heineken Champions Cup they will become the No 1-ranked club from their league.

*The Premiership finalists, Exeter Chiefs and Wasps, will be in Tier 1 for the purposes of the pool draw.