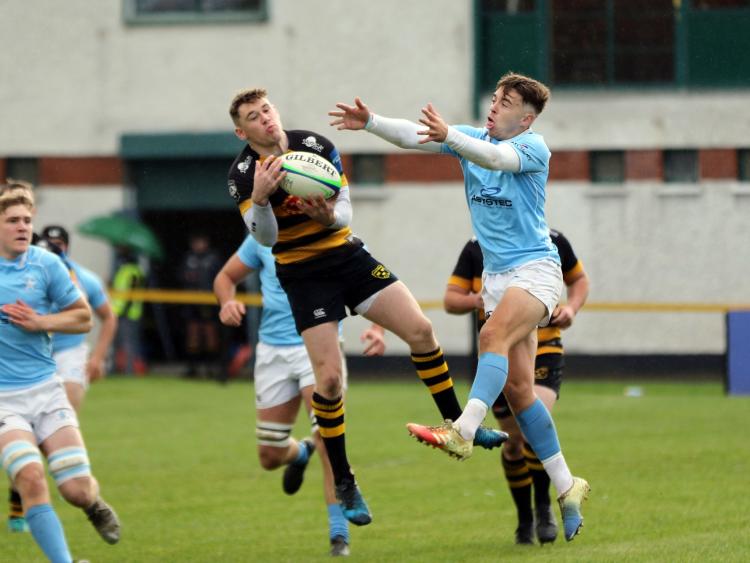 YOUNG Munster maintained their excellent start to Munster Conference 1 of the Energia Community Series after recording a deserved 27-15 derby win over local rivals Garryowen at Tom Clifford Park on Saturday.

Meanwhile, also in the top flight, resilient Old Crescent recorded a gritty 26-26 draw with UCC at the Mardyke.

Also in Conference 1, the fixture between Shannon and Highfield at Coonagh was cancelled on Friday night.

In Munster Conference 2, Bruff recorded an exciting 20-19 victory over Midleton at Kilballyowen Park, while UL-Bohemian suffered a 14-8 defeat away to Nenagh.

Young Munster are sitting pretty at the top of Munster Conference 1 of the new competition with three successive wins.

The Greenfields side laid th foundation for their win over Garryowen in the opening half after which they held a 13-3 interval lead.

Evan Cusack kicked two penalties for the home side, while Munsters' were also awarded a penalty try in that opening half as the 'Light Blues' picked up two yellow cards.

WATCH: Second penalty try of the game awarded to @YoungMunsterRFC who now lead @GarryowenFC 27-15 after 76 mins in Munster Conference 1 of the Energia Community Series at Greenfields #LLSport @Limerick_Leader pic.twitter.com/mSsX1E4H5Y

A Conor Hayes penalty for Garryowen had tied the scores 3-3 after 10 minutes.

Young Munster scooted 20-3 clear soon after the restart following their second try of the game, a well-worked effort from number eight Huw Worthington off the back of a maul.

Cusack's conversion made it 20-3 and the home side's position looked comfortable.

However, to their credit, Garryowen rallied strongly scoring 12 unanswered points, including tries for Evan Maher and Cian Huxford.

The visitors were now within five points of their hosts, 15-20. However, a penalty try awarded for Munsters' dominance in the scrum sealed the win for the home side.

Old Crescent's hopes of getting much from their Conference 1 trip to Cork to face UCC looked slim when the Rosbrien side trailed 0-19 at half-time as the students ran in three tries.

Crescent did have the advantage of the breeze in the second half and they made it pay.

Michael O'Hanrahan struck for a second try for the Limerick side on the hour mark for 19-12.

However, UCCs fourth try, which put the home side 26-12 to the good, looked to have put the game beyond Crescent.

A post on Shannon's social media channels confirmed their Conference 1 game with Highfield had been cancelled.

It read: "Following discussions between the IRFU and Highfield RFC and the process put in place around matches affected by Covid 19, our Energia Community Series game due to be played tomorrow, has been called off.

"Both teams receive two points each and a 0-0 score shall be entered."

WATCH: One for the pack! @YoungMunsterRFC lead @GarryowenFC 13-3 at half-time in Munster Conference 1 of the Community Series at Greenfields following penalty try #LLSport @Limerick_Leader #energiacommunityseries pic.twitter.com/p87HLiir1Z

Meanwhile, in Conference 2, Bruff jumped up to second place in the table following their gritty victory over Midleton.

Midleton led 19-10 at half-time at Kilballyowen with Bruff's scores coming courtesy of a try, conversion and penalty from Andrew O'Byrne.

However, two second half tries from Brian Bulfin and Kieran Bennett, who has scored a try in each game this season, helped a very young home side secure victory.

UL-Bohs had to be satisfied with taking a losing bonus point from their six point defeat at Nenagh Ormond.

The Tipperary side led 14-3 at half-time, with UL-Bohs points coming from a Darragh O'Gorman penalty. The same player added a try in the second half to help the Annacotty side secure a point from the game.