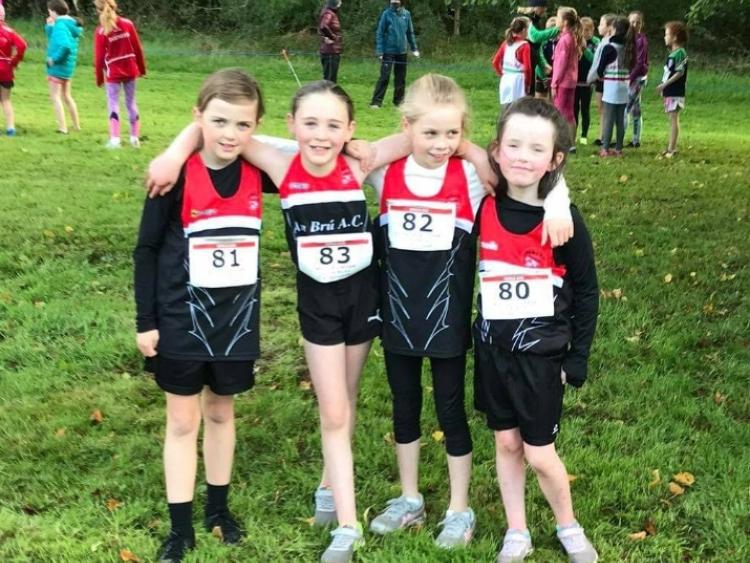 The An Brú U10 squad who took the Silver medal at the Limerick Senior, Intermediate and Juvenile Even-age Cross Country Championships last weekend

TAKING place at the Demesne Newcastle West and hosted by West Limerick AC, there was a strong turnout from Limerick’s best athletes, both Senior and Juvenile, for last weekend's Limerick Senior, Intermediate and Juvenile Even-age Cross Country Championships.

Meanwhile, Limerick Novice, Masters and Juvenile Uneven Age Cross Country has been postponed until November 1 due to the Covd-19 Level 3 restrictions. However, this will only happen if restrictions are by then reduced to Level 2.

On a course perfect for Cross Country on Sunday last, conditions were dry and increasingly windy as the day progressed.

It was a well organised and well timed event with very positive feedback from the athletes. Well done to all who helped to make the day a tremendous success

Jack Crowley took the U14 title for Dooneen in 9:55 followed by early leader Charlie Casey of An Brú in 9:59 with Garvan Lyons taking the final podium place for West Limerick (10:04).

Emerald’s Amy O’Donoghue was a convincing winner, taking a first Limerick Senior Cross Country title on the 4k course in 17:46.

Murna Griffin on her debut for Dooneen took second place overall and the Intermediate title in 18:15 with clubmates Rosemary Ryan 3rd in 18:25 and Róisín Doran 4th in 19:21.

An excellent display from Fiona Bourke took her to fifth place in 19:38, just ahead of 6th placed Shona O’Flynn (Dooneen) 19:41. Dooneen retained their Senior Women’s team title 15 pts with West Limerick second on 38.

In the men’s 6k event the early leader was Niall O’Callaghan of West Limerick. However the front gradually settled into a tussle between An Brú’s Niall Shanahan and the winner of the past two years Declan Moore of Bilboa.

The An Brú athlete pulled away in the last few hundred metres to take a deserved first Limerick Senior XC Title in 27:28. Declan Moore (Bilboa) was a close second in 27:33 and teammate John Kinsella was 3rd in 27:53.

West Limerick also took the team title with a total of 43 pts from Limerick AC in 2nd with 53. Dooneen were 3rd with 86. There was 47 athletes overall in the male field and 19 women.