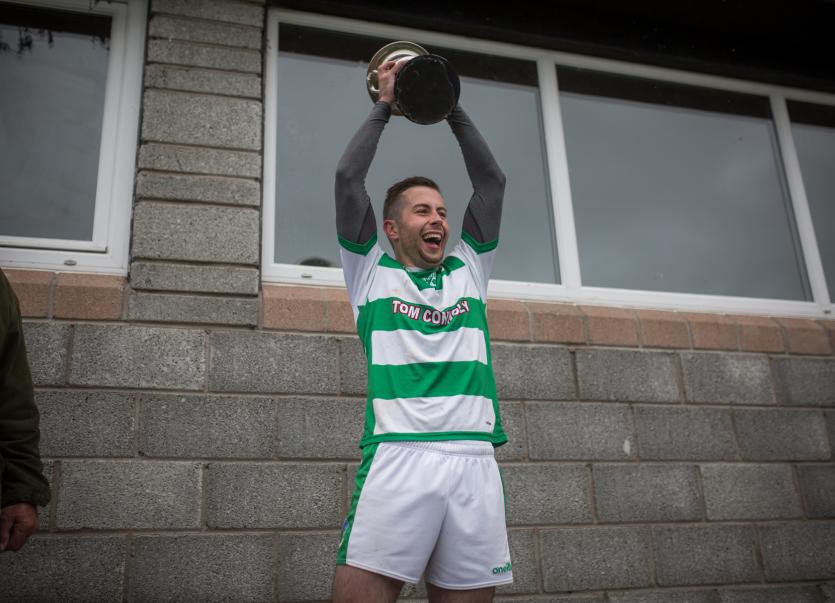 CLAUGHAUN ended a decade outside of the Limerick senior football championship ranks with an intermediate title success yesterday.

The Childers Road GAA club were relegated out of the top flight in 2010 but yesterday made it third time lucky in a Limerick IFC to secure promotion back into the senior championship for 2021.

Captaining Claughaun to their intermediate title win was Sam Mullins.

“It’s a great day and a great result – we can’t wait to get stuck into senior, where we think we belong,” said Mullins.

”It’s third time lucky for myself and for this club it’s a great feeling and you can see that from the reaction of the players.”
It was a low scoring affair but we seem to be able to dig out a couple of scores when we need to. I couldn’t be happier with the performance. We are a team that need a run of games and you could see that we were ready and weren’t slow to start – it’s a great feeling,” smiled Mullins.

He vowed they would be ready for senior action.

“Look at the age of our boys – a young side who are on the up,” said the Claughaun captain.

Thoughts now turn to the Claughaun double bid – next Saturday, October 10, they play in the county Junior A hurling championship semi final against Croagh-Kilfinny in Kilmallock.

The Hoops were three point winners over Gerald Griffins in Sunday’s final to add a first ever intermediate title to their 14 senior crowns, the last of which was won in 1996 – the last of their 25 Limerick SFC final appearances.

Claughaun will replace Dromcolloger-Broadford in the senior ranks. The 21 year stay of the west Limerick club in the county SFC came to an end with a relegation final defeat to Galtee Gaels. Drom-Broadford won seven senior titles between 2001-2013.