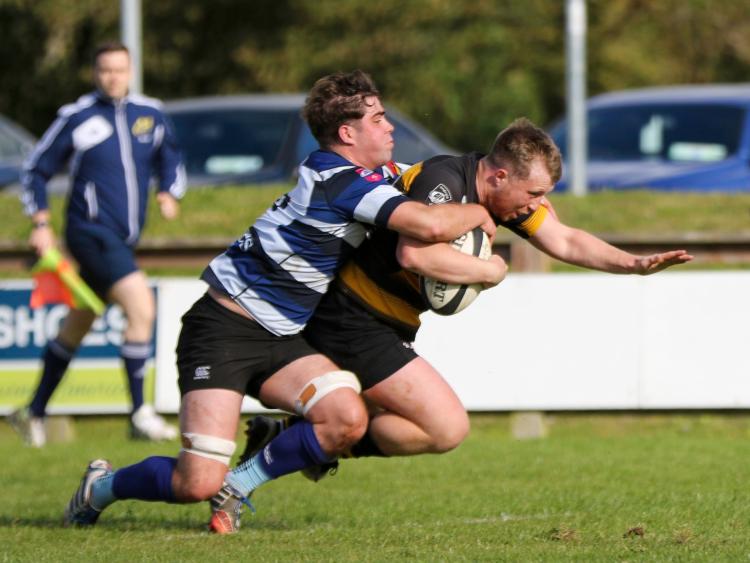 In Munster Conference 1, Young Munster maintained their perfect start to the campaign when recording an emphatic 54-7 bonus point victory over local rivals Old Crescent at Rosbrien.

Also in Conference 1 there was disappointment for Shannon who suffered a heavy 61-17 defeat away to free-scoring UCC at the Mardkye.

Garryowen's scheduled Conference 1 fixture with Cork Constitution at Dooradoyle was cancelled. The score is recorded as 0-0 and both teams awarded two points.

Meanwhile, in Munster Conference 2, UL-Bohemian made a winning start to their campaign when easing past Dolphin 33-25 at UL North Campus, while Bruff, who were looking to make it back-to-back wins, suffered a narrow 15-17 reverse away to Clonmel.

Young Munster are sitting pretty at the top of Conference 1 after two weeks of the season as the Greenfields side avenged their Limerick Charity Cup final defeat to Crescent at the same venue last season in emphatic fashion.

Gearoid Prendergast's clinical Young Munster side signalled their intent from the first whistle racing into a 28-0 first half lead.

Munsters', powered by their dominant, abrasive pack, managed eight tries in all, including five in the opening half after which the visitors held a decisive 35-7 advantage.

Number eight Huw Worthington grabbed a brace of tries, one on either half, while out-half Evan Cusack scored a try and converted six of Munsters' five-pointers.

There were also tries for Alan Tynan, Aaron Hennessy, Alan Kennedy and Mark O'Mara, while the visiting side was awarded a first half penalty try.

The home side, who battled bravely throughout, had a first half try from full-back Jack O'Mahony, which out-half Ronan McKenna converted.

Young Munster are due to host Garryowen at Clifford Park on Saturday next, while Old Crescent travel to UCC.

Meanwhile, it was a day to forget for Shannon in Cork as they came up short against the high-achieving UCC students.

UCC laid the foundation for this win in the opening half after which they led 26-5.

After the students took an early 12-0 lead, Shannon rallied with a try from Darragh Oxley.

However, the home side managed two more converted tries before half time to lead by 21 points at the break.

A tough afternoon for the Parish side grew more difficult in the second half as UCC added five more tries to ease clear.

Shannon did score two tries in that second period from Brian Bennett, on his senior debut, and Sean McCarthy late on. John O'Sullivan converted the latter try.

Next up for Shannon is a home fixture with Highfield on Saturday.

Meanwhile, in Conference 2, UL-Bohs, who had a bye on the opening weekend, made the perfect start to the competition when defeating Dolphin at UL North Campus.

Madden added his second try 15 minutes into the second half to secure the bonus point for the home side.

Darragh O'Gorman added a fifth try for UL-Bohs in the final quarter.

UL-Bohs are due to travel to Nenagh Ormond next weekend.

Brings me back to togging beside the ditch pic.twitter.com/vY56k0I4Ye

Meanwhile, Bruff had to make-do with taking a losing bonus point from their narrow, two-point defeat at Clonmel.

Bruff raced into a 10-0 lead with a smashing try from Kieran Bennett, which Andrew O'Byrne converted.

O'Bryne also added a penalty goal for the South Limerick side. Clonmel managed a try before half-time to trail by just three points, 7-10, at the break.

The Tipp side then hit back with 10 further points after the restart to lead 17-10.

Bruff did manage a second try, but were ultimately unable to overhaul their hosts.