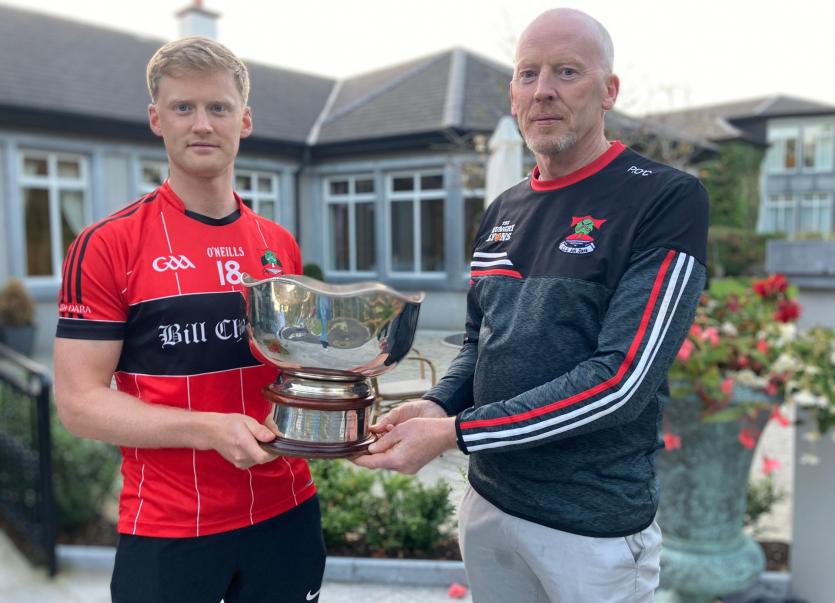 ADARE were relegated from the Limerick senior football ranks in October 2015.

Since that loss the men in red and black have played 33 club football championship games in Limerick – losing just four times.

All down to setting high standards, according to selector Pat O’Connor.

“We are very honoured and privileged that we have in this moment in time a really good panel of 44 players. It doesn’t always happen that way but we are fortunate that they are very committed and honest footballers and very skillful,” said O’Connor ahead of the Irish Wire Products Limerick SFC final.

Sunday at 2pm in the LIT Gaelic Grounds is a repeat of their 2018 final win over Ballylanders.

“They are a very good team. We played them in 2018 and we got passed them but they led us by five points at half time and we won by four in the end but we got a Charlie McCarthy goal with the last kick of the game to win it so that’s how close it was. I don’t think it will be any different on Sunday – we are going to get a right good close game,” said the Adare selector.

He added: “every county final is different – I think you could play in seven county finals in a row and when it comes to the eighth one, it’s totally different”.

One of those rare Adare defeats came back on August 30 against Fr Casey.

“No doubt about it in hindsight,” said O’Connor.

“You look at these things and think it’s a disaster but in hindsight it was the best thing that happened to us – we didn’t go out to lose to Fr Caseys but it gave us three weeks to iron things out.”

Adare bounced back to dethrone Newcastle West in the quarter final.

“While it was an impressive display and we were glad to beat Newcastle West we knew we hadn’t won any silverware. It will be the same against Ballylanders, we will have to play our A game and if we bring our A game and if they bring their A game, well then may the best team win at that stage.”

”We came out of the blocks early and that was not a trait of ours this year – we have been slow to start. The first quarter was good to us and the second quarter was good to us, I thought in the third quarter Galbally rose their game considerably and obviously we had the black cards to deal with and I thought we did so reasonably well – we always knew Galbally would have a purple patch and we spoke about that at half time and how important it was to deal with it,” recalled O’Connor.

While brimming with attacking talent, Adare have conceded just one goal in 2020.

“It (defending) doesn’t come naturally to us because we like to think of ourselves as an attack minded team – you can win games in two ways; by conceded little or scoring more and we have always had the ethos that the minute you get the ball you go forward and try attack. When we do have to do into a defensive format, work load is crucial and we have a very honest team.”