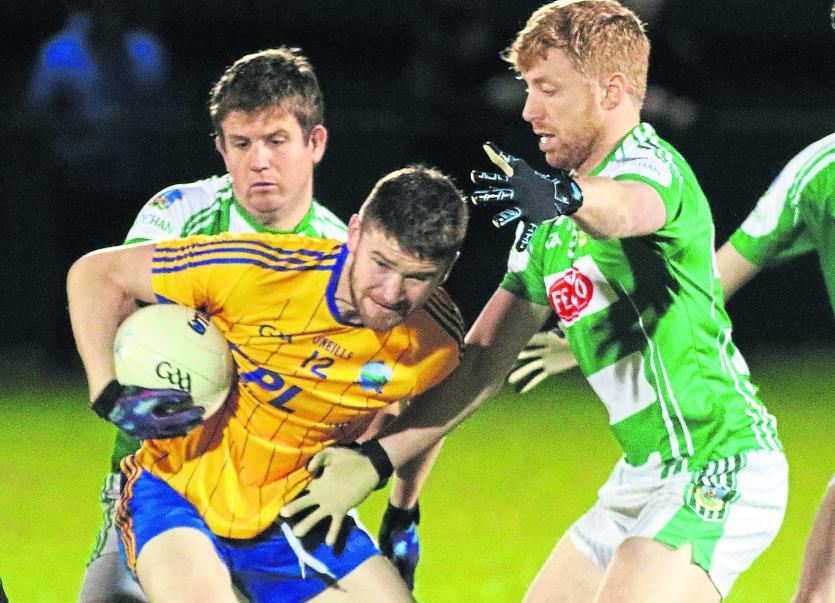 And, all three winners will play in county finals on Sunday.

There are also two Limerick junior A football championship semi finals this evening.

St Senans are bidding to make an instant return to the senior ranks after last year's relegation - it's 2010 since Claughaun were senior in football.

This semi final is a repeat of the 2017 semi final, when the Foynes-Shanagolden side were winners enroute to intermediate glory. They had lost finals in 2016 and '14 before their '17 promotion.

Claughaun are looking to reach their first final since 2015 (lost to Oola) and prior to that the Childers Road side lost to Pallasgreen in 2012.

St Senans beat Glin, Bruff and Kildimo-Pallaskenry to-date, while Claughaun drew with Mountcollins and then beat Rathkeale and St Patricks.

It's a first ever semi final in the JAFC for Crecora-Manister.

They beat Athea in the quarter final after group game wins over Ahane and Dromcolloger-Broadford and defeat to Kilteely-Dromkeen.

Back in 2015 Crecora reached the county junior B final - losing to Fedamore.

Croom were beaten in the final last year by Monaleen. Relegated from the intermediate ranks in 2013, Croom also lost the final in 2-17 - to Galtee Gaels.

Croom were junior winners last in 1999 – beating St Senans in the final.

This is a big west Limerick derby.

Monagea are the only undefeated side left in the championship. They beat Ballybrown, Cappamore and Cappagh in the group phase and then Fr Caseys in the quarter final.

Newcastle West beat Athea and Hospital-Herbertstown in the group stages but then lost to Athea. In the quarter final they beat Kilteely-Dromkeen.

Newcastle West used 23 players enroute to the senior quarter finals, but their junior side still has a wealth of young talent and experienced campaigners.