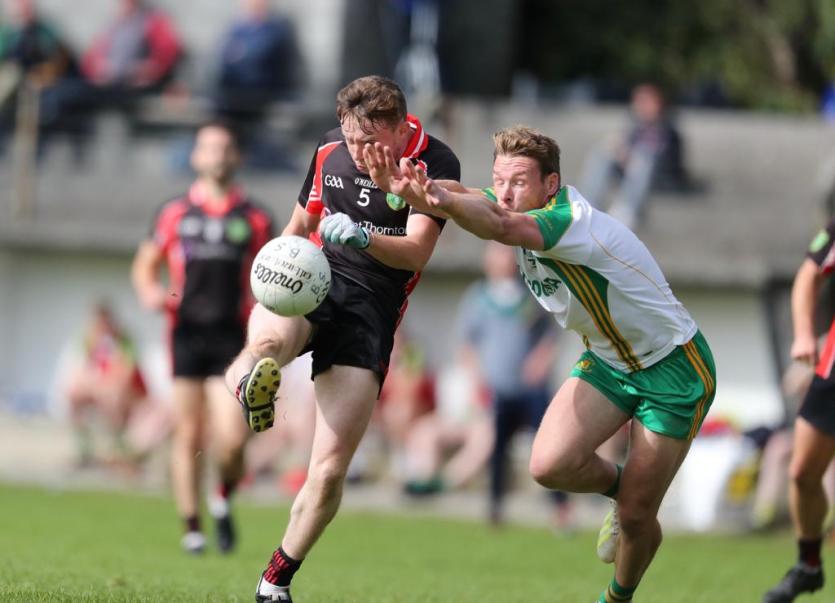 BALLYLANDERS are back in the Irish Wire Products Limerick Senior Football Championship Final.

This Sunday afternoon the south Limerick men defeated Ballysteen 1-12 to 0-9 in the semi final in Newcastle West.

Next Sunday in the LIT Gaelic Grounds will be an eighth ever final appearance for Ballylanders. Last in the final in 2018, when they lost to Adare, they won the last of their four titles in 2014.

In this semi final, their second half display pushed them past Ballysteen, who only scored once from play in the game.

Ballysteen lined out with Shane Gallagher as an extra defender in front of their full back line, while Cillian Ferris who was at wing forward for the throw-in was mostly an extra player in the half back line. That left Ballysteen with four attackers and not among that starting quartet wasn't Danny Neville, who had a broken bone in his hand - the inter-county man was introduced in the final quarter.

At half time it was a slender 0-5 to 0-4 half time lead for Ballylanders.

It was a half in which the sides evenly shared eight wides.

Ballysteen didn't score in the half from play - four Mark Ranahan frees accounting for their scores.

Two Ranahan points were the only return from the opening 10-minutes.

A fisted effort from Ciaran Kelly opened the Ballylanders account in the 13th minute.

Ranahan again hit back - leaving Ballysteen 0-3 to 0-1 ahead at the first half water break.

On the resumption, Ballylanders kicked three successive scores - all from Jimmy Barry Murphy. The first two were from play to level the semi final for the first time, 0-3 each.

Murphy's free edged the south Limerick men ahead for the first time.

Ranahan again levelled but it was a second free from Murphy that saw Ballylanders a point ahead at the break.

Brian O'Connell, Danny Frewen and Ciaran Kelly had Ballylanders points to help them 0-8 to 0-6 ahead at the second half water break.

The final quarter was very stop-start with injuries and breaks in final - resulting in nine additional minutes.

The all-important goal came in the 18th minute from Frewen to move his side 1-9 to 0-6 clear.

Ranahan frees hit back for Ballysteen but they never found the necessary goal.

Jimmy Barry Murphy, Oisin Browne and a Kieran O'Callaghan free saw out the Ballylanders scoring and they were 1-12 to 0-8 ahead before sub John O'Shaughnessy had the only Ballysteen score from play deep into injury time.