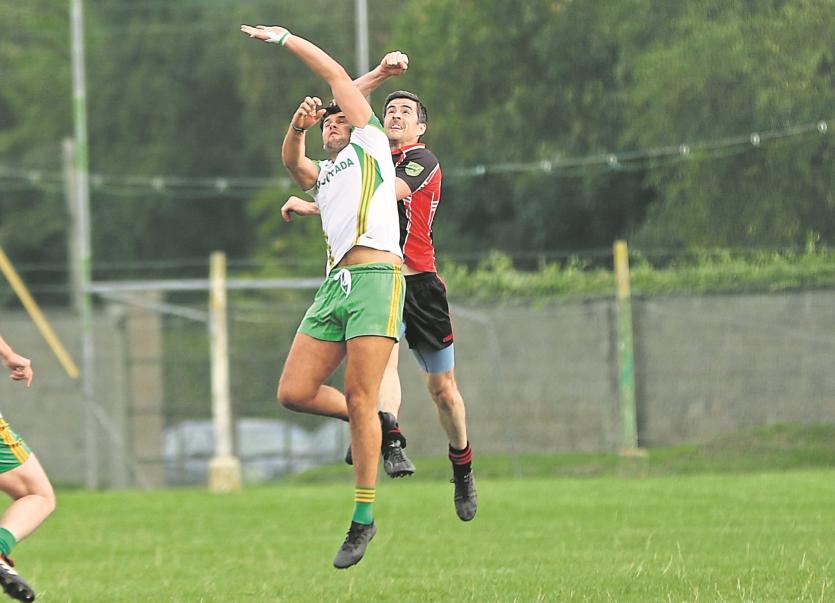 Ballylanders and Ballysteen met in the 2018 quarter final

Ballysteen and Ballylanders meet in Newcastle West at 1pm, while Adare and Galbally play in Kilmallock at 5pm.

All are bidding to reach the final in the LIT Gaelic Grounds on Sunday October 4 at 2pm.

All four semi finalists, were runners-up in their respective groups.

This is the first knockout tie between these sides since their memorable 2018 quarter final in Kilmallock, which Ballylanders won 2-16 to 4-8.

The sides have met in each of the last three years - Ballysteen winners last year but Ballylanders in the two previous years.

Ballylanders bid to reach an eighth ever SFC final. They were last in the final in 2018 - losing to Adare and they won the last of their four titles in 2014.

Ballysteen appear in their first semi final since 2012, when they lost to Dromcollogher-Broadford. Their run into the knockout stages that season came thanks to a winner-takes-all final round group game with Ballylanders - Ballysteen 1-9 to 0-11 winners.

Ballysteen as a club were Limerick SFC winners in 1964 - their only final appearance. But the parish of Askeaton-Ballysteen was also previously represented by Askeaton - three time winners, last in 1972 and six time finalists, last in 1984.

Ballylanders coached and managed by former Tipperary senior football Niall Fitzgerald beat Galtee Gaels and lost to Oola in the group phase and then beat Monaleen in the quarter final.

Ballysteen coached and managed by former Limerick senior goalkeeper Seamus O'Donnell drew with Dromcollogher-Broadford and lost to Newcastle West in the group phase and then beat Fr Caseys in the quarter final.

Both were only quarter final winners on Wednesday night.

This is a fourth successive semi final for Adare but a first since 1997 for Galbally.

2012 was the last time Galbally reached the knockout stages of the Limerick SFC but there last semi final was back in '97 - the fourth year of four successive semi final appearances.

Those years also saw two county titles for the men in black and white - two of their four ever senior final appearances.

Adare have also played in four senior finals - all since the last Galbally appearance - and two in the last three seasons.

Galbally, coached by former Adare coach Jerome Stack, beat St Kierans and lost to Monaleen in the group phase and then beat 2019 finalists Oola in their quarter final.

Adare, managed for a fifth season by Harry Gleeson and coached by former Kerry All-Ireland SFC winner Anthony Maher and former Limerick SFC winner with Drom-Broadford Killian Phair, beat Na Piarsaigh and lost to Fr Caseys in the group phase and then dethroned champions Newcastle West in the quarter final.