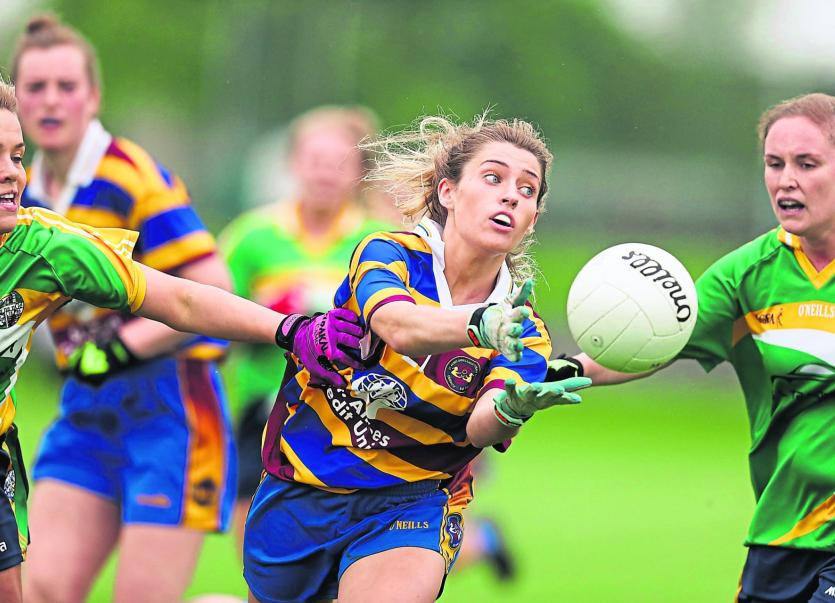 Dromcollogher-Broadford and Mungret St Pauls meet in the intermediate final at 12.30pm and the senior final is the meeting of Monagea and St Ailbes at 3.30pm.

This is a repeat of last year's final, when St Ailbes were 3-8 to 3-7 winners in Bruff - the winning score came in the ninth minute of injury time from a free by captain Eimear Ryan.

That was St Ailbes third ever tittle and first since 2012.

This season St Ailbes arrive into the final with a winning run against Feohanagh-Castlemahon, Ballylanders and St Brigids in the semi final.

The east Limerick side are still captained by Eimear Ryan. Elsewhere key players for them will be Niamh Ryan, Caroline Hickey, Katie Heelan and Meadbbh MacNamara.

On Sunday, Monagea appear in a fourth successive final.

They lost in 2017 to Ballylanders and then defeating the same outfit to win the title the following and then last year, their title defence was ended in the final by St Ailbes.

The west Limerick side were also champions back in 2014.

Captained Catriona Davis, Monagea will have a strong backdone of players from the Newcastle West side that lost the county senior camogie final to Killeedy last Sunday. Key players in this Monagea line-up will be Davis, Laurie O'Connor, Yvonne Lee, Brigid Cahill and Deborah Murphy.

This senior final is sponsored by Elm Court, Daybreak in Ballyneety.

Dromcollogher-Broadford and Mungret St Pauls playing out a thrilling encounter when they met in the group stages - the west Limerick side winning 2-14 to 2-11.

Mungret were beaten in this final by Old Mill last season but had beaten Drom-Broadford at the semi final stage.

Mungret beat Oola in the group stages but their lost to Drom-Broadford meant they had to go the quarter final route to this final - they beat Knockainey and Murroe-Boher in the knockout stages.

They arrive into this final unbeaten with wins over Oola (twice) and Mungret.

The team captain is Aine Cunningham, one of many of the newly crowned Limerick senior camogie champions from Killeedy that will be in the panel.

Key to their success will be 2020 Limerick ladies football captain Niamh McCarthy.