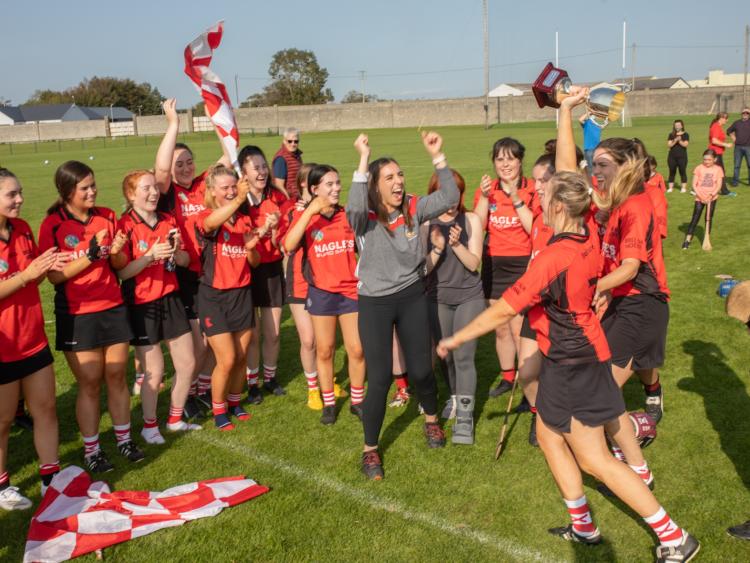 BRUFF were crowned Limerick intermediate camogie champions this Sunday after victory over Cappamore in splendid sunshine.

The final score in the Rathkeale GAA grounds was Bruff 1-10 Cappamore 1-7.

Changes in the championship structures for 2020 due to Covid-19 mean there is no promotion into the senior ranks for the side coached by Wexford senior hurling coach Seoirse Bulfin.

Bruff do progress into the Munster club championship - representing Limerick in the junior grade and playing away to Kerry's Clanmaurice on the weekend of October 4.

In this county final win, Bruff were inspired by Player of the Match winner Niamh Ryan who scored all but one of their 11 scores.

The sides were six times in the final, last at 1-6 each in the sixth minute of the second half.

All five points for Bruff in the half came from play from Niamh Ryan.

Lisa Leonard and Muireann Creamer had the opening points for Cappamore before Bruff settled to lead 0-3 to 0-2.

Frees from Molly Hammersley ensured the final was tied at the break.

Just 30-seconds into the second half Creamer blasted a brilliant solo goal to the net to move Cappamore 1-5 to 0-5 ahead.

But the lead was short-lived. Ryan scored a goal from a penalty two minutes later.

When Ryan scored her sixth point from play, the game was level 1-6 each.

Then Bruff took over - four more points for the winner and just one in reply.

Mary O'Callaghan joined Ryan on the Bruff scoresheet and soon they were 1-10 to 1-6 ahead.

Lisa Leonard hit back for Cappamore but they couldn't find any late goal to ensure a dramatic finale.