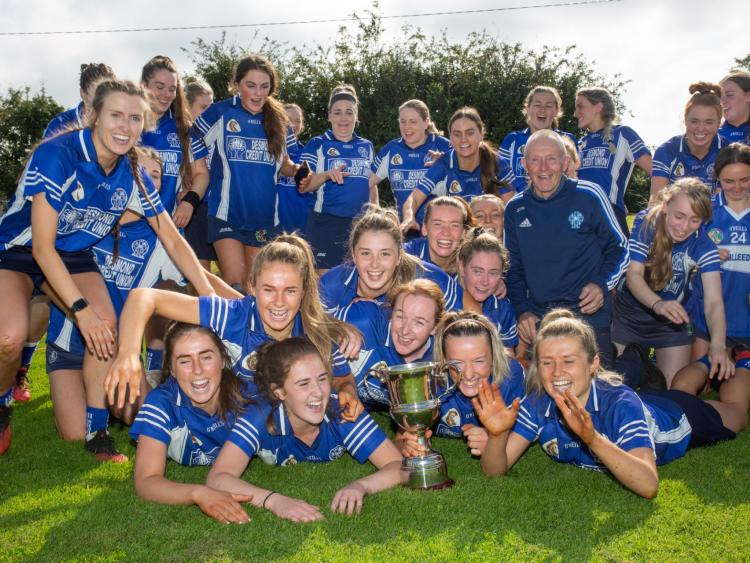 The girls in blue defeated holders Newcastle West in this Sunday's final 1-9 to 0-7 in Rathkeale GAA grounds.

Killeedy now play in the Munster club championship - a semi final on October 4 against the Tipperary winners Drom-Inch.

In this county final, Killeedy were powered to victory by free-taking centre back Lisa Scanlon, who finished with 1-6 from placed balls.

Indeed the new champions only scored one point from play in the final - the opening minute score from Ellanna Mulcahy.

Appearing in a first final since 2015 and bidding for a sixth ever crown, Killeedy laid a solid foundation for victory when 0-5 to no score ahead and 12-minutes played - Mulcahy, Scanlon and Aine Cunningham among their scorers.

It was the 17th minute when Newcastle West opened their account - Katy Hurley was then to score three frees inside the next 10-minutes to reduce the deficit to two points.

But then came the goal - a Scanlon free from a long distance out got a deflection before ending up in the net.

Karen O'Leary hit back with the only Newcastle West score from play in the half but it was Killeedy that led 1-6 to 0-4 at the interval.

Champions Newcastle West enjoyed a spell of dominance after half time but were to pay for their inaccuracy - they have five of their nine wides in this quarter.

Points from O'Leary and Roisin Ambrose did reduce the Killeedy advantage to 1-5 to 0-6.

* See the print edition of the Limerick Leader for a full match report and reaction.