Munster A edge past Connacht A in Galway clash 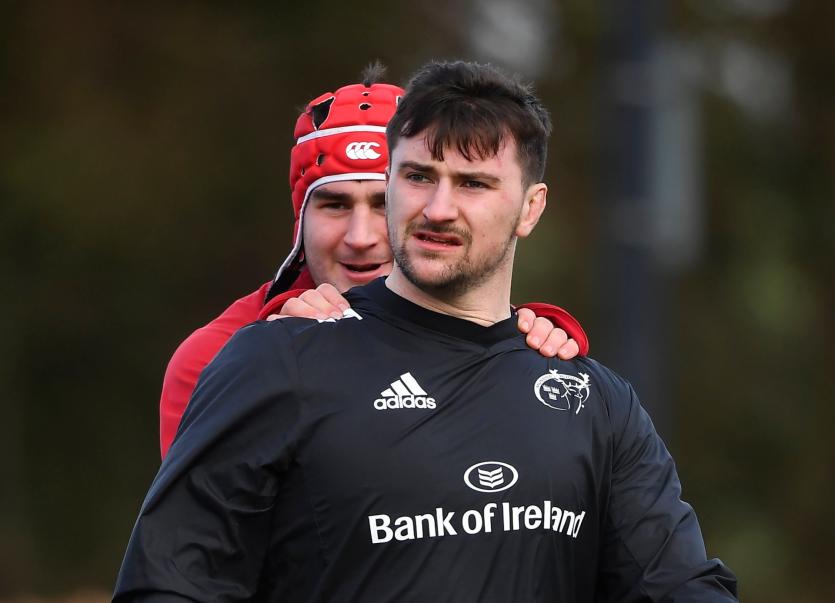 Diarmuid Barron, front, scored a try for Munster A in their interprovincial win over Connacht A in Galway on Saturday

THE Munster 'A' side scored a hard fought 22-19 victory over their Connacht counterparts in an exciting interprovincial fixture played at the Sportsground in Galway on Saturday.

Munster A, who led their hosts 17-12 at half-time, scored three tries in all in a highly competitive fixture.

Out-half Ben Healy bagged a first half try and also kicked two conversions and a penalty in the Munster A success, while hooker and captain Diarmuid Barron and Scott Buckley also crossed the whitewash.

The Munster A side will host Connacht A in a return fixture at Thomond Park this Saturday, 2.30pm.

Meanwhile, the Munster senior side are due to start their new competitive league season on the first weekend of October.