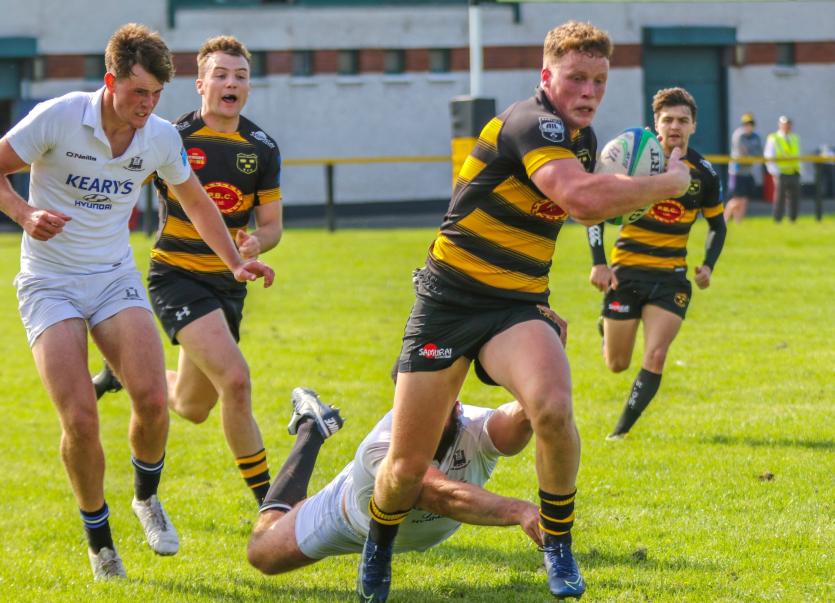 THREE Limerick clubs have advanced to the semi-finals of this season's Bank of Ireland Munster Senior Cup.

Young Munster booked their place in the last four stage when dumping out holders Cork Constitution 27-17 in their quarter-final clash at Tom Clifford Park.

Munsters' reward for their victory is an away date with local rivals Shannon in December. Tadhg Bennett's Shannon side secured their passage into the semi-finals with a 23-15 derby victory over UL-Bohemian at Coonagh.

Meanwhile, Garryowen also booked their place in the semi-finals with an entertaining 41-29 victory over local rivals Old Crescent at Dooradoyle.

The Light Blues will host Highfield, of Cork, in the semi-finals of the Munster Senior Cup on the weekend of December 5.

A penalty try mid-way through the second half following some powerful scrummaging from the home side's pack pushed Munsters' 27-5 in front.

To their credit, Cork didn't relinquish their title without a fight, and their endeavour was rewarded with two late tries.

Meanwhile, Shannon had led UL-Bohs 12-10 at half-time in their quarter-final in Coonagh.

The Parish side scored two first half tries through Ikem Ugwueru and Kelvin Brown, with Ben Daly adding a conversion.

The Red, Red Robins replied during that opening half with a try from Paul Clancy and a penalty goal and conversion from the boot of Harry Byrne.

After the restart, Shannon added a further try through John Hayes, while John O'Sullivan kicked two penalties to seal the win for the home side.

Meanwhile, Garryowen, who were having their first outing in the competition this season, led Old Crescent, who were playing their third game in this season's Munster Senior Cup, 22-10 at half-time at Dooradoyle.

The Light Blues managed three tries in that opening half, including a penalty try.

Kevin Doyle replied with a try for Old Crescent, while Ronan McKenna added the conversion to go with his earlier penalty goal.

Garryowen stretched 29-10 in front with a converted try, before Jack O’Mahony dotted down for the visitors.

An intercept try for Garryowen saw the Engeria All-Ireland League Division 1A outfit move 34-15 to the good after 64 minutes.

Daniel Hurley and Ronan Reynolds did add further tries for the Rosbrien side, but Garryowen ran out deserving winners, adding a further converted try of their own.