Munster A and Connacht A reveal line-ups for interprovincial 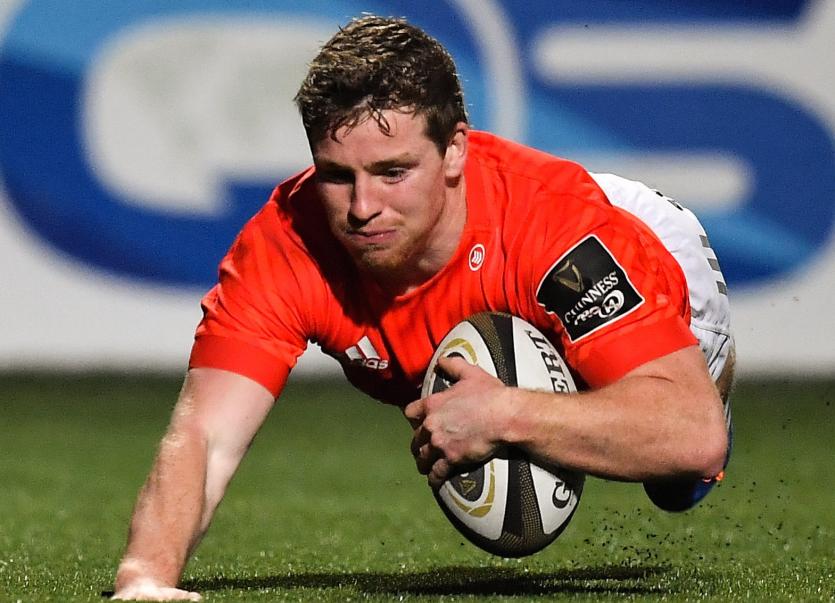 AN extended 26-man Munster A squad has been named for Saturday’s interprovincial against Connacht A at the Sportsground in Galway, (2pm).

There will be no live stream of this weekend’s game in Galway, but Munster Rugby are planning on streaming next week’s game between the sides at Thomond Park.

Hooker Diarmuid Barron, who was promoted from the Academy to the senior squad this summer, captains Munster A.

Nine Academy players are named in the starting XV with Alex Kendellen making his Munster A debut at no.8.

Recent signing Matt Gallagher makes his first start in red at full-back with Seán French and Liam Coombes on either flank.

Jack Crowley and Alex McHenry form the centre partnership with Neil Cronin and Ben Healy in the half-backs.

Josh Wycherley, Barron and Keynan Knox pack down in the front row with Paddy Kelly and Thomas Ahern in the engine room.

Jack Daly, John Hodnett and Kendellen are named in the back row.

Roman Salanoa is among the replacements and in line to make his first appearance in a Munster jersey.

Former Munster man Conor Oliver captains Connacht A for the clash with Sammy Arnold also starting for the Westerners.