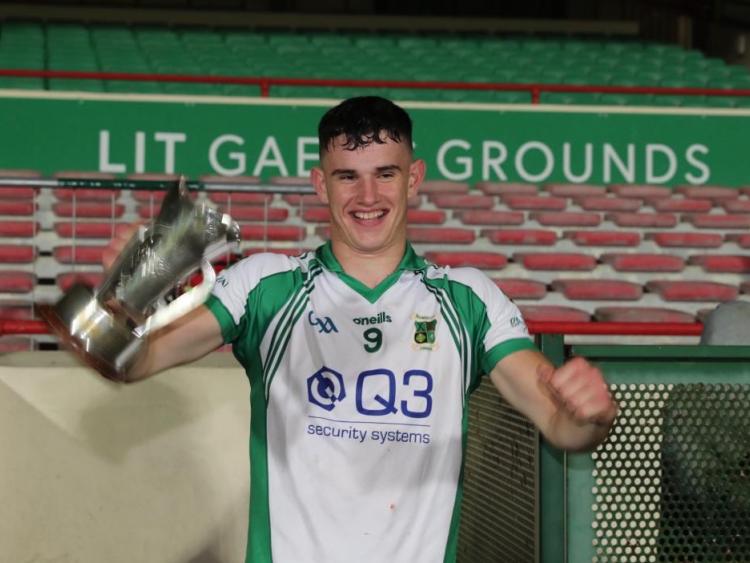 This Wednesday evening the Clarina club retained their county U18 title with a 3-23 to 0-20 final win over Mungret in the LIT Gaelic Grounds.

Mungret were attempting to win a first title since 1993 but had no answer to a superb second half display from the holders.

The sides were level six times in the opening half - Mungret 0-14 Ballybrown 1-11 at the break.

It was a half in which Mungret hit 12-points from play from six different players and only three wides. Ballybrown had six wides and a return of 1-7 from play from five players.

Mungret flew from the traps and were 0-5 to 0-1 ahead after 10-minutes with Liam Lynch, Conor O'Malley, Conor Galvin and Brian O'Meara all on the mark.

Ballybrown settled, inspired from centre back by Keith Punch, and were soon ahead.

They blasted 1-4 in quick succession to turn the game on it's head and lead 1-5 to 0-6 just after the water break. The goal came in the 11th minute from Colin Coughlan.

Paul O'Neill and Ethan Keyes also had points as the men in green and white over took the early Mungret momentum.

The game then swung back towards Mungret with a run of five of the next six score and now they were back in the driving seat at 0-12 to 1-7 with points from Jack McCarthy and further scores for Lynch, O'Meara, Galvin and Conor O'Halloran.

But they were destined to be level at the break with Aidan O'Connor hitting three late scores from play to bring his tally to 0-7 in the half and ensured no advantage for either side at the break.

Ballybrown had to thank goalkeeper Josh O'Reilly for two fine saves in the half.

Four minutes in, Aidan O'Connor goaled from a penalty to help them move four points clear for the first time.

Conor Galvin and Darragh O'Hagan hit back with Mungret points but Ballybrown ensured the goal stayed between the teams with Mark Mullaly and Keyes on the mark.

Minutes later came the crucial third goal - Bobby Smith with a cracking finish high into the net to move the holders 3-16 to 0-18 clear and 10-minutes still to play.

They powered over the winning line with Luke O'Connor their seventh scorer.