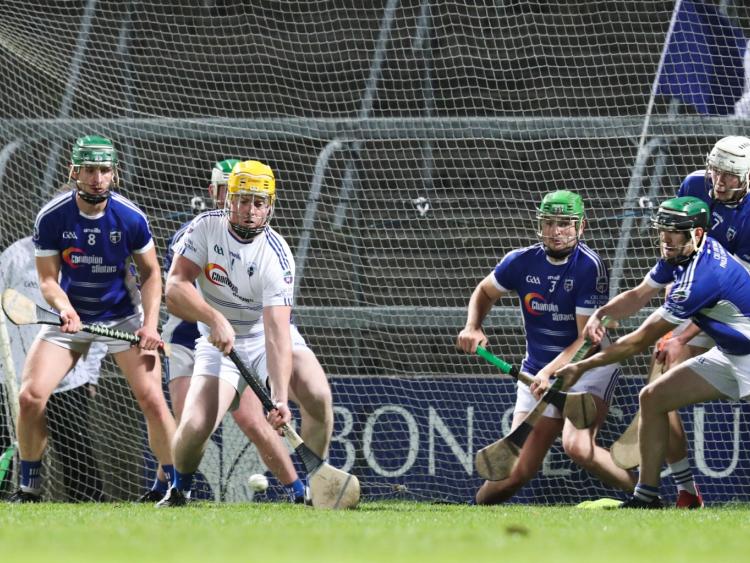 KILDIMO-PALLASKENRY stalwart John Chawke made his adult hurling debut in 1998 and ended the season with a Limerick City Division Junior A Hurling Championship medal.

“There are a couple of boys up there and they weren’t even born,” laughed Chawke as he recalled his journey from junior to senior hurling with Kildimo-Pallaskenry – a journey spanning four decades and a number of positions across the field before ending up in goals.

And, he’s not finished yet.

The lure of senior hurling?

“I hope so. Things are going well. These are a great bunch of lads and are great craic. We reckon we can give a good account of ourselves and will give it one hell of a lash – we reckon we are good enough to stay up there and drive on and maybe see a senior county quarter final next year,” outlined Chawke.

“It’s great to be up because we have been pinning to get up there. It’s very exciting when you look at some of the teams up there.”

He added: “We have to aim high. Seanie Barry the Mungret manager spoke there and said that we can’t settle for this, that we have to drive. We have the players and they are young enough”.

”It’s great to see the likes of Darren (O’Connell) and Kyle (Hayes) in with the county senior set-up and getting the best training in the world and that comes back down to club level – we all look up to them, even myself. They are phenomenal athletes and are great to have in the team,” said Chawke, who has been a member of Billy Lee's Limerick senior football panel as sub-goalkeeper in recent seasons.

Back in 2012, the two clubs (Kildimo and Pallaskenry) in the same parish officially joined forces at adult level after a number of years together at Bord na nOg level as Killulta Gaels. The clubs were joined a number of times down the years, and last in 1971, until this past decade.

Kildimo-Pallaskenry won the 2017 IHC title and now they have won the Premier IHC to move up senior, where Kildimo contested SHC finals in 1934-35 against Ahane.

“It’s fantastic for the parish of Kildimo and Pallaskenry – the best idea ever to join and we should have done it years ago. Look at the success underage and there are some fine hurlers coming through,” he explained.

Beaten in this final after a replay to Blackrock 12-months ago, Kildimo-Pallaskenry made no mistake this time round with nine of the last 11 scores going their way after the sides had been level eight times.

"We really were hurting last year after the loss to Blackrock and especially the second game – we really didn’t turn up in those finals. We knew this year that we had to up it," recalled Chawke, who is a former Munster Poc Fada champion.