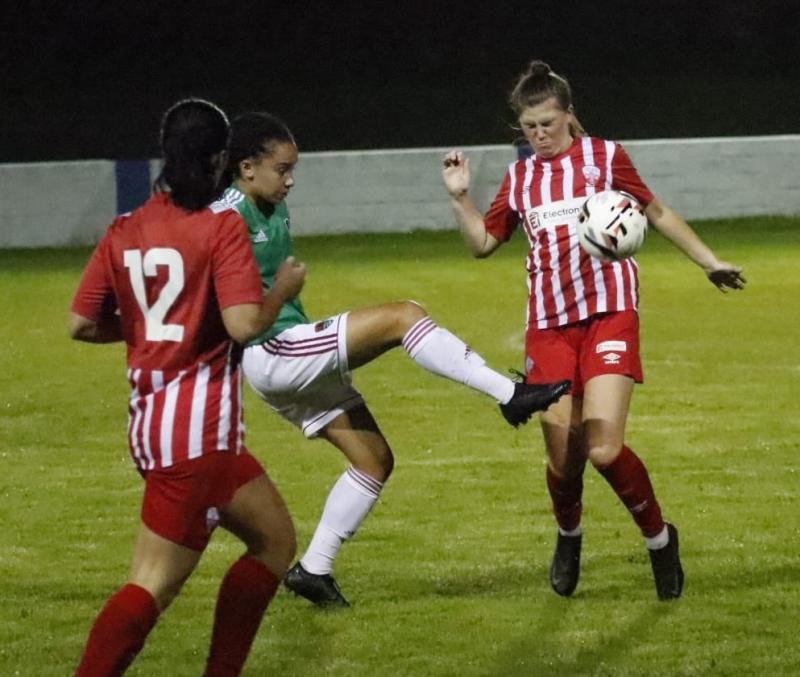 LIMERICK'S Treaty United look to end a two-game losing run in the Women's National League when hosting Wexford Youths in a crucial fixture this Sunday at the Markets Field, 2pm.

Treaty suffered a 5-2 home defeat to Cork City at Jackman Park on Tuesday night on the back of a narrow 3-2 reverse away away to Athlone last weekend.

Dave Rooney's Treaty side now sit in sixth place in the Women's National League table ahead of the visit of third-placed Wexford to Garryowen this weekend.

Manager Rooney was disappointed by Tuesday night's display against Cork and said they needed to 'get their act together' with crucial games ahead.

"It's a work in progress. Rome wasn't built in a day. Wexford won't be any easier. They are on a high now after the Peamount result, so it will be a tough game the weekend," Dave Rooney said.

"The two late goals against Cork shouldn't paper over the cracks. We were poor on the night. There were some positives. A couple of girls came off the bench and did very well.

"Cayla (Davis) when she came on in the second half, she is an American girl, new to the game and only over a couple of weeks, she made a massive impact when she came on.

"Rebecca Horgan, in fairness, was disappointed that she didn't get a run the last day in Athlone. She came on and got her goal, so there are some positives we will take out of it.

"The subs that came on made an impact and we definitely have to look at freshening things up the weekend."

Treaty United miss their experienced captain and defender Marie Curtin in Tuesday night's defeat to Cork. Curtin was ruled out with a hamstring injury.

Treaty will hope that Curtin will recover in time to play against Wexford.

Meanwhile, the Treaty United U17 side face the Carlow Kilkenny League in a Women's National League fixture at Derdimus Park also on Sunday, 2pm.