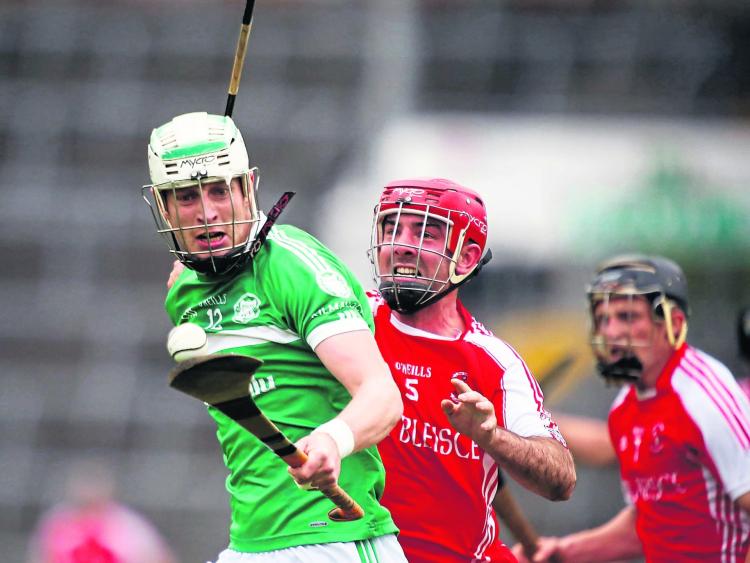 FOR the fourth successive season there is a familiar look to the final four in the Limerick Senior Hurling Championship.

This Saturday evening, the LIT Gaelic Grounds hosts a semi final double-header in the Bon Secours Hospital Limerick SHC with all bidding to reach the Saturday September 19 county final.

Doon and Kilmallock meet at 5.30, followed by Na Piarsaigh and Patrickswell at 7.30.

A first semi final meeting of these teams since 2014 when The Balbec were winners.

The south Limerick side were also winners in the only other recent knockout tie – a 2016 quarter final.

On Saturday Tony Considine’s Kilmallock arrive into the semi finals without a competitive game since August 8 and face a Doon side fresh from a stern test against South Liberties last Sunday.

Bidding to reach a 19th ever final and a first since 2017, the men in green and white booked their semi final with wins over Na Piarsaigh and Ahane.

Captained by Philip O’Loughlin, the Clem Smith coached side have had Graeme Mulcahy, Paddy O’Loughlin, Micheal Houlihan and Aaron Costello in fine form, among others.

They face a Doon side bidding to reach a second final in three years and just a fourth final ever. But the east Limerick men – managed by former Galway U21 and senior camogie manager Tony Ward – are struggling with injuries.

Already without Richie English, Stephen Ryan and others they had Dean Coleman out of their quarter final line-up and then saw Darragh O’Donovan limp out after 14-minutes.

Crowned back-to-back U21 champions last month, Doon have turned to youth in Eddie Stokes, Cian O’Donovan, Jack Ryan and others.

A clash of the big guns – a repeat of last year’s county final between the only sides to lift the Daly Cup over the last five seasons.

The Caherdavin men are bidding to reach a fourth straight final, while The Well are hoping to remain on track to successfully defend a Limerick SHC crown for the first time since 1996-97.

Coached by former Tipperary All-Ireland SHC winner Declan Fanning, the city side have Alan Dempsey back fit. Also this Sunday, their intermediate side play in their championship semi final against Feohanagh.

Patrickswell, who hope to have Aaron Gillane fit after a hand injury, are bidding to reach a 29th ever county SHC final.

* There are also three more games remaining elsewhere in the senior championship.

This Sunday there are two relegation ties at 12noon.

In Bruff, Garryspillane play Murroe-Boher in the senior hurling relegation to determine who drops down to the Premier IHC for next season.

Adare and Ahane meet in Claughaun to decide who drops down to Section B for 2021.

Moving in the opposition direction will be Ballybrown or South Liberties who meet in a promotion play-off at 1pm.