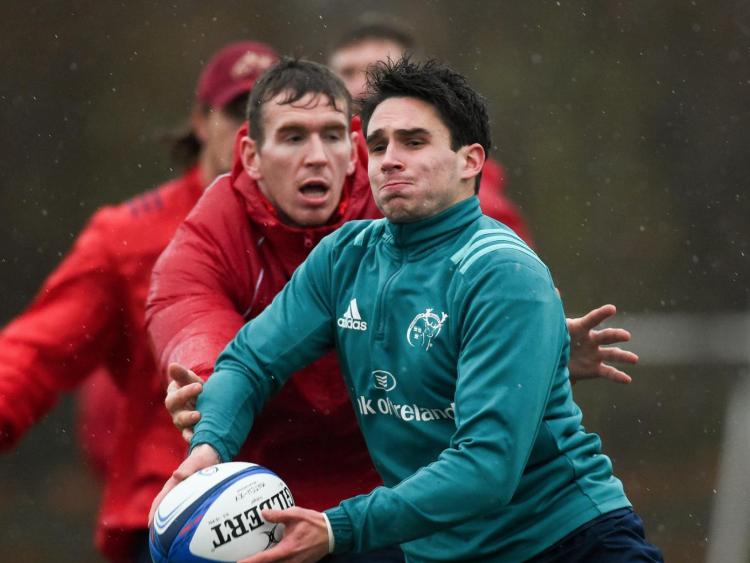 INJURED Munster rugby star Joey Carbery is looking to make contact with the sender of a get-well-soon card named Úna.

The get-well-soon card was sent to Carbery and three more of his injured Munster colleagues, RG Snyman, Jean Kleyn, Dave Kilcoyne and any other of the province's players currently sidelined wishing them a 100% recovery from their injuries.

The sender of the card said 2020 had been a tough year, but added that 2021 would be here soon and Úna was looking forward to seeing them playing again soon.

Joey Carbery took to social media this Tuesday thanking Una for her kind gesture and looking to make contact with her.

Munster Rugby confirmed last month that their Ireland out-half Joey Carbery 'will not be available for an indefinite period of time.' 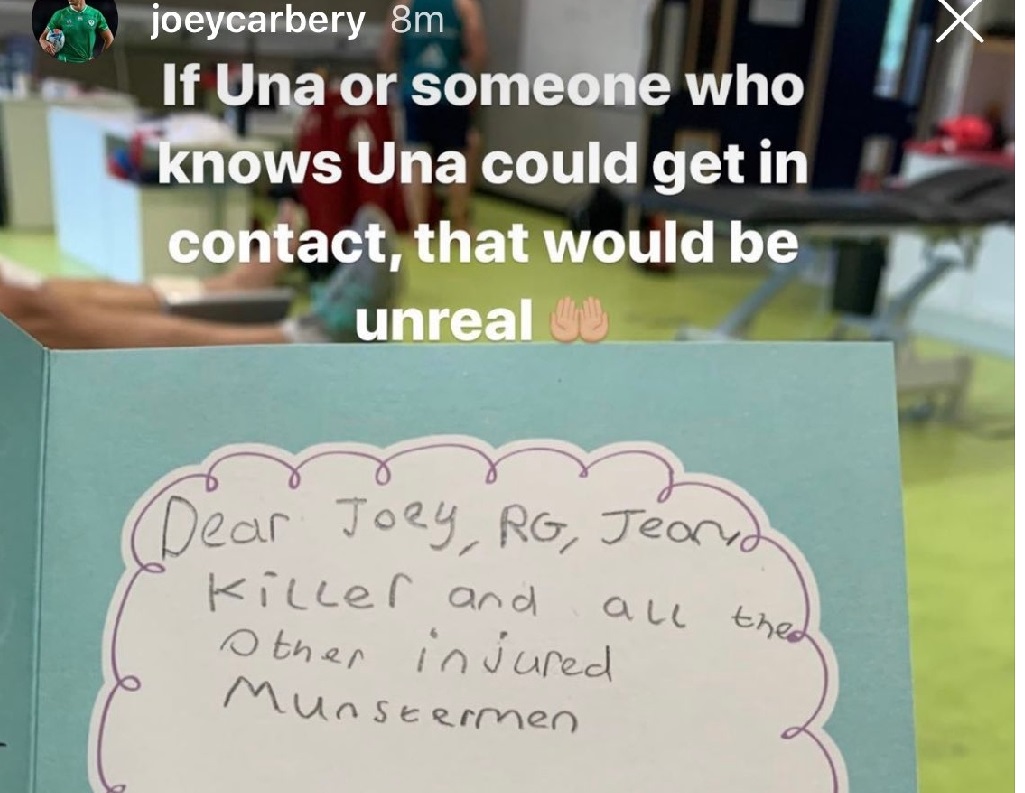 Following a meeting the specialist, the 24-year-old playmaker has been advised to take further steps in rehabilitating his ankle, and to delay his return to rugby.

Munster confirmed this Tuesday that Jean Kleyn who has been out with a neck injury will begin his re-integration to training this week. 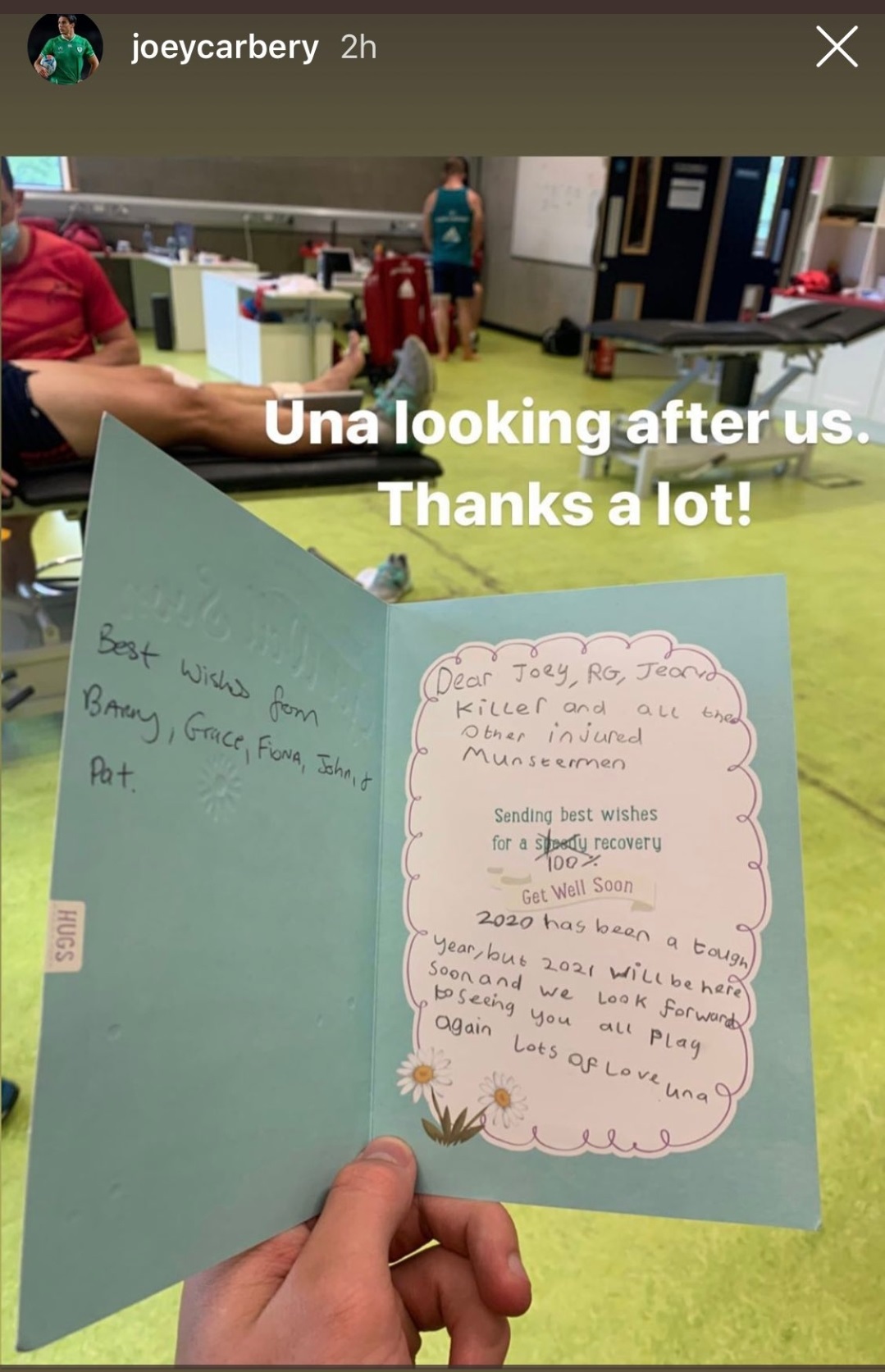