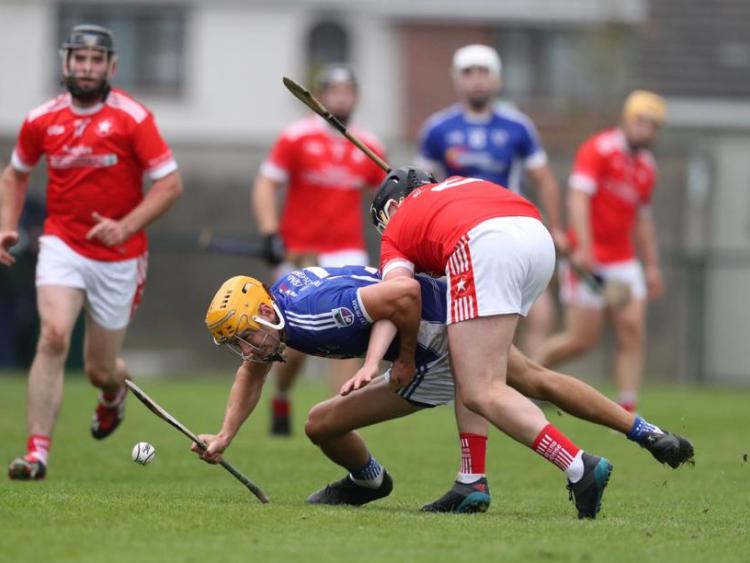 KILDIMO-PALLASKENRY powered past Bruff to return to the Lyons of Limerick Premier IHC final.

This semi final finished 3-20 to 0-15 to the men in blue and white in Kilmallock.

Beaten in the final last year after a replay against Blackrock, the Natal O'Grady managed Kildimo-Pallaskenry will now play Mungret in next weekend's final of the tier two Limerick club hurling championship.

Indeed the winners hit 3-16 from play across seven scorers in a semi final that was a rematch of last year's semi final when extra time was required before Kildimo-Pallaskenry advanced.

The foundation for the 14-point semi final win came in the opening quarter when a lead of 1-7 to 0-2 was built - Paudi Haritgan with the goal and Hayes, O'Connell, Conor Staff and Barry O'Connell among their points.

It was a 1-13 to 0-4 half time lead with Sean Finn and Paul Browne scorers for Bruff.

With Danny O'Leary frees and two Colin Madden points the men in red set about reducing the lead when backed by the breeze in the second half.

Bruff scored just twice in the final 10-minutes while Kildimo-Pallaskenry hit 2-3 - the late goals from inter-county duo Hayes and O'Connell.

* See the print edition of the Limerick Leader for a full match report and final preview.