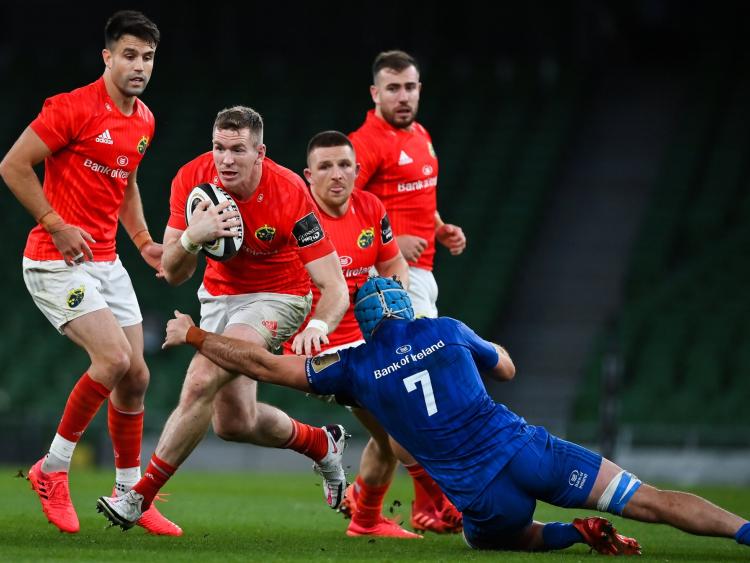 MUNSTER suffered their third successive defeat to Leinster in a Guinness pro14 semi-final in Dublin when going down 3-13 at the Aviva Stadium on Friday night.

Munster have now lost 10 semi-finals in all competitions in the last nine seasons as their search for a first trophy since 2011 goes on.

Munster did win semi-finals in the Pro14 in 2015 and 2017 before suffering final defeats.

Leinster led 10-3 at half-time. The game followed a similar pattern to many of those these two great rivals have played in the last decade.

Munster enjoyed a significant amount of possession and territory, but Leinster appeared happy to soak the pressure up.

When they got their hands on the ball as the half wore on, Leinster were more clinical. However, there was a hint of good fortunate about the 28th minute try awarded to hooker Ronan Kelleher as he could have been pinged for a double movement in placing the ball down off a well-executed maul.

The score put Leinster into a 5-3 lead after JJ Hanrahan kicked the visitors in front with a fifth minute penalty.

That score proved to be Munster's only points of the night as Johann van Graan's side failed to add to their tally over the remaining 75 minutes.

Munster did rely heavily on Conor Murray's box kicking, a tactic which had served them well in their previous meeting with Leinster two weeks ago. However, the home side dealt with Munster's kicking game far more effectively second time round.

Out-half Jonathan Sexton increased Leinster's advantage to five points just on half time with his opening penalty of the night.

A second Sexton penalty penalty in the 66th minute proved the only score of the second half as Munster's season ended in disappointment.

Hanrahan was unable to covert either of two kickable second half penalties as Leinster's defence held sway.

Leo Cullen's men can look forward to a ninth final appearance in 11 seasons in the Guinness Pro14 whe either Ulster or Edinburgh will provide their opposition.

On the back of a five-day turnaround since their outing with Connacht, Munster certainly missed the likes of the injured Joey Carbery, RG Snyman, Dave Kilcoyne and Jean Kleyn while winger Andrew Conway was forced off at the start of the second half against Leinster with an injury.