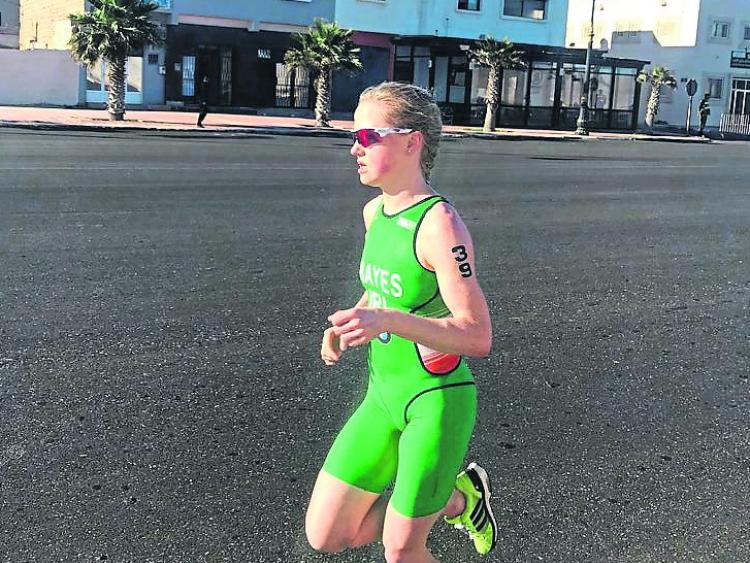 LIMERICK'S Carolyn Hayes has been selected in the Irish squad to race at the triathlon World Championships.

The West Limerick AC star is among a total of seven triathletes that travel this week to Hamburg to race across two days after the squad announcement by Triathlon Ireland.

The following day, Ireland will line out a four person team to compete in the Mixed Team Relay World Championships which will be selected from the five athletes in the individual event, plus Ian Mathey and James Edgar.

Saturday’s event will be the first international triathlon race for an Irish athlete since Carolyn Hayes won a silver medal at the Mauritius African Cup in March.

Hayes, who is Ireland’s top ranked athlete said she didn’t expect to be able to race again this year and believes this World Championship will be an important step towards next year’s planned Olympic Games.

“I am super excited, obviously there’s nerves but they are the good nerves. This is my first ever World Champs and I am looking forward to lining up against everyone because that's the level I want to race at. Come the Olympics next year they are the people I will be competing against”, said Hayes.

The World Championships designation was awarded to Hamburg just last week after Montreal was forced to cancel its event.

The Hamburg triathlon will be run over sprint distance, which will see athletes cover a 750 metre swim, 20 kilometre bike and a five kilometre run.

A series of Covid-19 precautions have been taken to ensure athlete safety ahead of the event including multiple swab, temperature and respiratory tests in Ireland and Germany. All Irish athletes will remain within a distinct pod for travel purposes and will quarantine for two weeks upon their return to Ireland.

Next week the focus of the international triathlon community will shift to the Czech Republic where Carolyn Hayes, Con Doherty, Erin McConnell and Russell White will line out for the Karlovy Vary World Cup.

The Irish team travelling to Hamburg is the strongest in a number of years and Stephen Delaney, Performance Director with Triathlon Ireland said the athletes are excited about getting the opportunity to race.

“It’s going to be really interesting to see how everyone fares, there hasn’t been any racing done for months so we’ve no benchmarks. Everybody is going to be coming to this hoping that their training is going well but training is not racing. Our guys have done well over the lockdown period, they’ve come out of it in good shape so we are quietly confident about it," said Delaney.