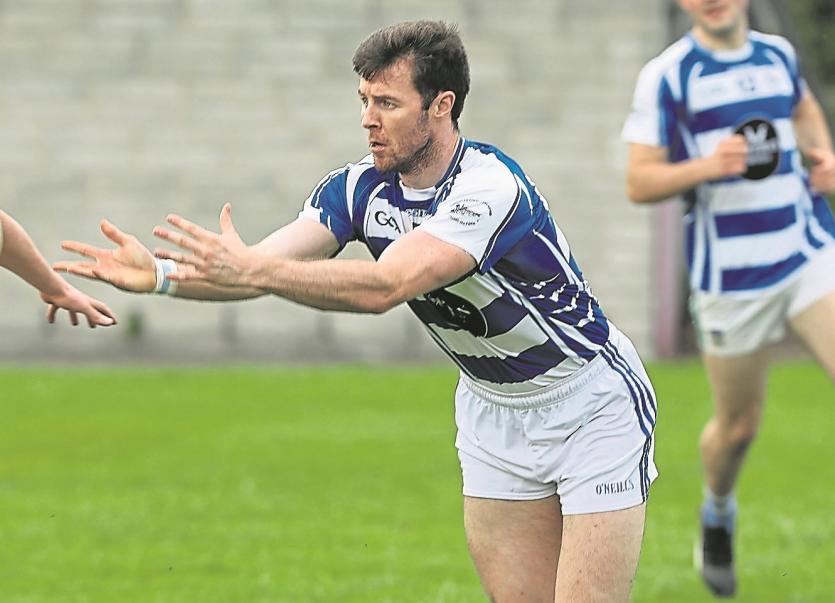 The victory means a top of the table finish for the Abbeyfeale men, who now play Ballysteen in the quarter final - Adare face champions Newcastle West in their last eight tie.

Then came the run of points from the John Colbert managed Fr Caseys to move 0-15 to 0-11 clear and seal the win.

Adare finished with 10 wides - double that of the winners.

The Harry Gleeson managed Adare were 0-6 to 0-5 ahead at half time. It was an opening half in which Adare kicked five wides and Fr Caseys three.

Fr Caseys kicked all their first half points from play, while Adare had three Hugh Bourke frees in their tally.

The sides were level twice in the opening minutes but then Adare moved clear.

Chris Smith and Robert Browne had the early Abbeyfeale scores while Davey Lyons had two nice scores in the opening minutes for the men in red and black.

When Shane O'Connor pointed Adare were 0-4 to 0-2 clear and 14-minutes played.

Bourke frees were the remaining Adare scores in the half, while the men in blue and white had points from play by Rory O'Brien, Cormac Roche and Adrian Enright.

On the restart two booming efforts from Jack English helped stretch Adare out to a four point advantage 0-9 to 0-5 and just six minutes lapsed in the new half.

Connolly brothers Ronan and Mark were also on the scoresheet as Adare were 0-11 to 0-8 ahead.

Two points from Cormac Roche had it a two point game on the second half water break after 17-minutes.

Fr Caseys stormed into the final quarter after the water break for a run of seven successive points to move 0-15 to 0-11 ahead.

Adrian Enright, John Lane and Rory O'Brien on the mark for the men from the Kerry border.

Davey Lyons had the first Adare score in over 10-minutes but again John Lane replied to leave four between the sides as they game ticked into injury time.