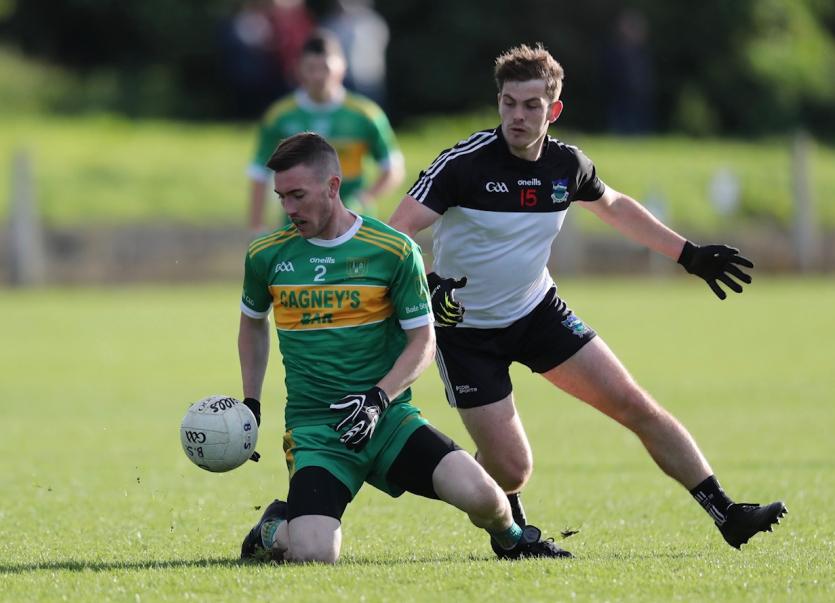 This Saturday evening Newcastle West were 2-7 to 0-5 winners over Ballysteen in Rathkeale GAA grounds.

The victory means Newcastle West top their group and will play the losing side from Sunday's Adare v Fr Caseys game in the quarter final.

As a result of this final scoreline, Dromcollogher-Broadford are now confirmed to play Na Piarsaigh in the relegation play-off series.

Newcastle West led from start to finish in his low scoring tie - Ballysteen scoring just two points from play in the game. The winners had eight different players on the scoresheet.

The men in black and white were 0-3 to 0-1 ahead after a poor opening half.

Brian Hurley got the only score from play in injury time in the opening half - Diarmaid Kelly (2) and Mark Ranahan with the other scores from frees.

Eight minutes later wing back Steven Brosnan saw his shot squeeze between the legs of an unfortunate Conor Ranahan and now Newcastle West were 2-5 to 0-2 ahead.

Ballysteen couldn't afford to lose by any more than 12-points and were now nine in arrears with 20-minutes still to play.

Ballysteen rallied in the final 10-minutes with Mark Ranahan frees and one from substitute Tomas Sheahan.