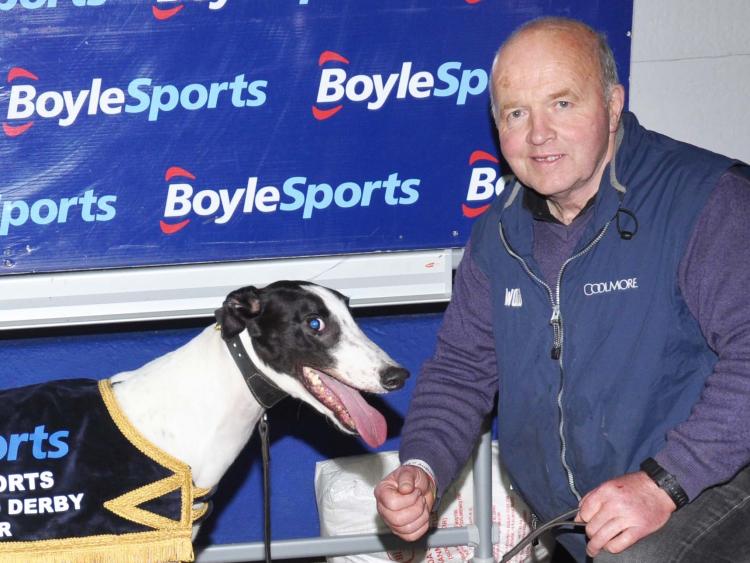 The landmark victory came in Kingdom Greyhound Stadium in Tralee last Tuesday night when Razldazl Lulu won an A5 525 in the second race of the night.

According to Irish Greyhound Board records, O’Connell now has 1001 winners from 5532 race entries.

Elsewhere this week, following revised Covid-19 guidelines issued by Government  ‘racing behind closed doors’ has been implemented for race meetings.

Racing is on a strict basis of ‘one person, one dog’ will apply until at least September 13.

On the track, attention is focused on the The BoyleSports Irish Greyhound Derby in Shelbourne Park. Pestana is the runner to beat after two rounds of hears, The Owen McKenna trained Derby favourite became the first greyhound in Ireland to break the 29-second barrier for 550 yards – a new record of 28.99.