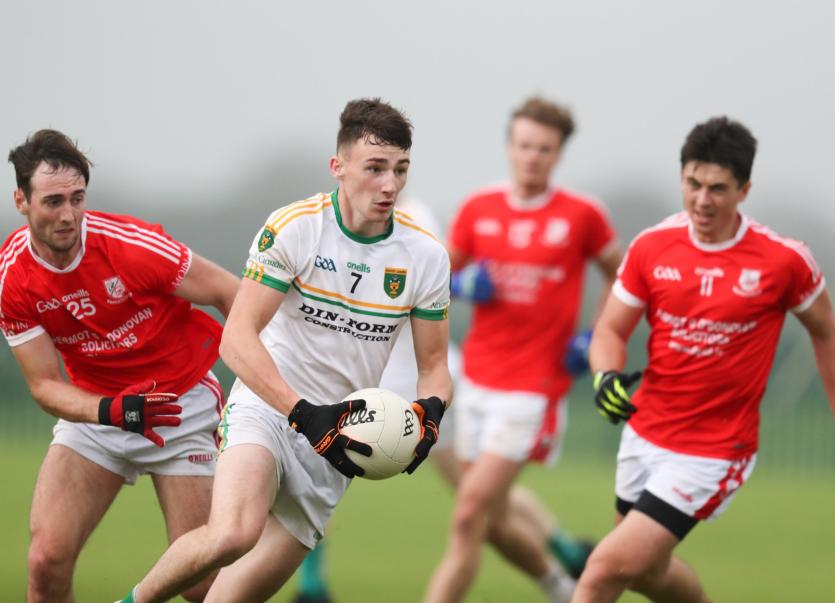 SEVEN of the eight quarter finalists are already known in the Irish Wire Products Limerick SFC.

The quarter final line-up will be completed this coming weekend after round three of group games and as luck would have it, three of the games involve six of those already guaranteed progress, so it's the finishing positions that are up for grabs when Adare play Fr Caseys, Monaleen face Galbally and Ballylanders play Oola.

It is also worth remembering that in the quarter final draw; First in Group One plays Second in Group Two and so on - therefore already it is known that among the pairings will be some combination of Monaleen/Galbally v Ballylanders/Oola and Newcastle West/Ballysteen/Drom-Broadford v Adare/Fr Caseys.

Meanwhile in the Griffin Coaches Limerick IFC, the Covid-19 delayed start for Claughaun and St Patricks means that there is some catching up to do.

Already Mungret and Kildimo-Pallaskenry have reached the quarter finals with Monaleen set for one of the four places in the relegation play-offs.

Also off to a fine start, are Gerald Griffins and Rathkeale - two likely contenders.

In the Woodlands House Hotel JAFC, four of the eight quarter finalists are known - Athea, Newcastle West, Monagea and Ballybrown.

Four teams are to be relegated and there will be at least two straight shootouts in next weekend's third round of group games - Cappagh v Cappmore and Bruree v Hospital-Herbertstown.