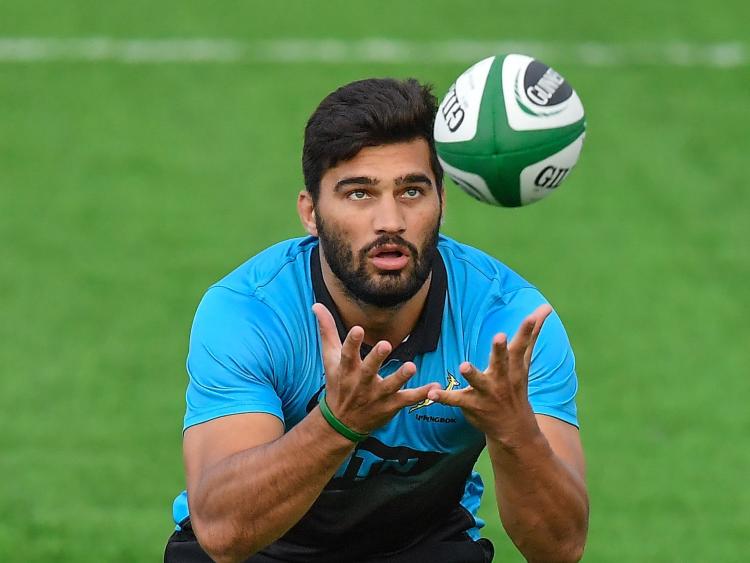 THE Munster team has been named for Saturday night’s eagerly-awaited return to rugby against Leinster in the Guinness PRO14 at the Aviva Stadium (7.35pm, live on eir Sport).

It will be Munster’s first game in six months with South African World Cup winners Damian de Allende and RG Snyman both starting on their debuts.

Shane Daly makes his fifth start at full-back in his 18th appearance for the province with Ireland internationals Andrew Conway and Keith Earls on either flank.

De Allende is partnered in the centres by Chris Farrell with Conor Murray and JJ Hanrahan in the half-backs.

James Cronin, Niall Scannell and Stephen Archer start in the front row with Snyman and Billy Holland in the engine room.

The side is completed by the back row of captain Peter O’Mahony, Tommy O’Donnell and CJ Stander.

There are five forwards on the bench with Rhys Marshall, Dave Kilcoyne and John Ryan providing the front row back-up.

Craig Casey, Rory Scannell and new signing Matt Gallagher, who is set to make his debut, are the backline replacements.

Head Coach Johann van Graan said: “It was a real squad effort the last nine weeks, everyone gave it their all.

“Unfortunately, we can only pick 23 players. There were a lot of close calls and that just shows the depth that we’ve created.

“With such a long season coming up, everybody wants to play the first game but there’s a lot of rugby to be played.

“We said all along that getting back to playing rugby on Saturday night is our sole objective.

“A few of the guys in isolation were very close to getting into the team and they worked really hard but obviously the fact they were in self-isolation ruled them out.

“They are training away at home and as soon as they come out of self-isolation, they will be available for selection again.”

Jack O’Donoghue was not available for selection having sustained a concussion at training this week.

The Leinster side for the game will be captained by Jonathan Sexton.