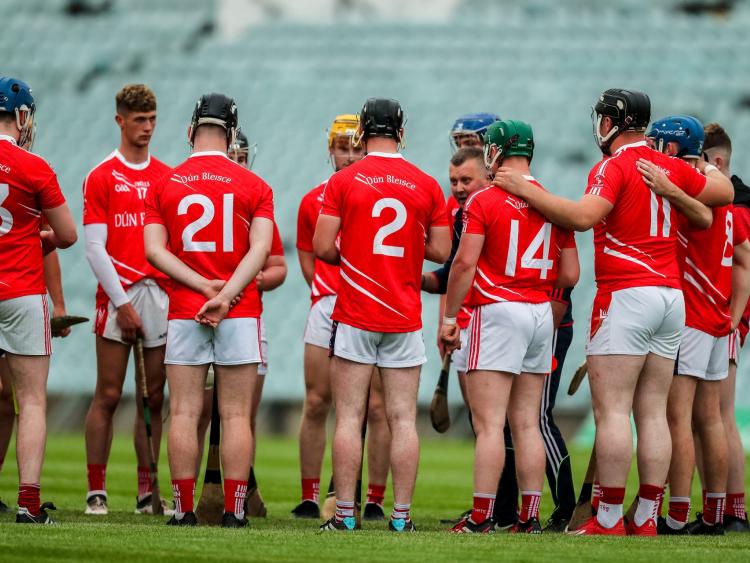 Doon manager giving instructions to his U21 charges

"ALL going well Doon can progress to a senior championship," smiled Doon U21 manager Paddy Coleman after leading his side to back-to-back Mint Catering Limerick Premier U21 Hurling Championship titles.

With six straight county U21 final appearances the conveyor belt of young talent is steady for the east Limerick club in recent years yet they yearn to win Limerick SHC honours.

"There are a load of young lads there - some only 17 and they will progress again. They are all on the senior panel, which is great to see. Go to Doon and there are 48-49 hurling every night and they have the likes of Darragh O'Donovan and Richie English to look up to," outlined back-to-back U21 winning manager Coleman after Wednesday night's win over Patrickswell.

Already four of this U21 side have seen senior action this season - Mikey O’Brien, Chris Thomas, Jack Ryan and Cian O’Donovan.

In the senior championship, Doon face South Liberties in the county quarter final next month.

"We came in here three weeks ago and played The Well and came out with a draw and were probably unfortunate because we should have won it. Maybe we are in a better position now to get a quarter final and a game under our belt and go on and win a semi final," said Coleman of the Doon senior side, which is managed by former Galway U21 and camogie manager Tony Ward.

"Last year was a very big thing to win - the boys wanted to drive on and to win this one and they did," he stressed.

"Coming in we felt it was going to be a 50-50 game and that was proved for about 50-minutes of that game it was point for point. I think we went two points ahead and felt we had it until pressure came on again and they brought it back to one point," recalled Coleman of the thrilling 0-18 to 0-17 final win.

He added: "This is a big thing for the club".

"Today I have to give it to the lads - that was a great performance. We defended really really well - our backs in the last few minutes gave an exhibition of hurling. Look at the heart they showed in the finish - absolutely mighty."