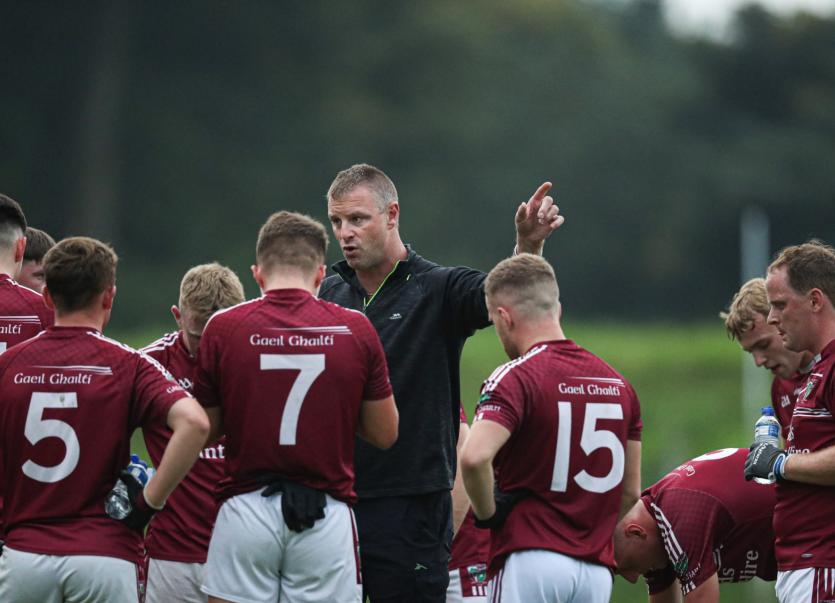 THE Covid-19 enforced restrictions mean that it's last chance saloon for four clubs in the Limerick Senior Football Championship this weekend.

It may only be round two of the Irish Wire Products Limerick SFC but all those defeated in round one can't afford another defeat or their aspirations of reaching the knockout stages will be at an end.

The quartet are St Kierans, Na Piarsaigh, Galtee Gaels and Dromcollogher-Broadford - a second successive defeat will send all into the relegation play-offs.

On the flip side, victory for one of the four sides making their championship debuts will advance them to the quarter finals and indeed all eight quarter finalists could be confirmed this weekend ahead of the final round of group games.

The west Limerick men had a straight red card for Anthony Molyneaux in their loss to Galbally. While they scored two times more than their opponents, 2-7 to 0-11, St Kierans were error-ridden in the first half in particular after which they trailed 2-4 to 0-2. Coached by Micheal Reidy, the men in green and gold will need to get on top in the middle third to supply their youthful attack.

Monaleen, with Muiris Gavin back as manager, play their opening game - Galbally will be their round two opponents.

Fellow city side Na Piarsaigh play Fr Caseys in Mick Neville Park on Friday August 21 at 7.30pm. The Caherdavin side suffered a big round one loss to Adare. They face an Abbeyfeale side, who had a bye in round one.

In Kilmallock is a big south Limerick derby between Ballylanders and Galtee Gaels on Saturday August 22 at 6pm.

Galtee Gaels have brought in Brian Begley as coach in recent times and they will look for a prolonged version of their opening quarter against Oola when they led 0-4 to 0-0.

The bye in round one will have helped a Ballylanders panel that had many in action the three previous weeks with Glenroe, who indeed supply players to both teams in this derby!

On Sunday, Ballysteen meet Dromcollogher-Broadford in Newcastle West at 2pm. Drom-Broadford need a positive result to avoid another relegation play-off - they only sealed their senior status with a win over St Senans last year.

Like, Monaleen, Fr Caseys and Ballylanders, Ballysteen know that victory will already ensure them of a quarter final spot.