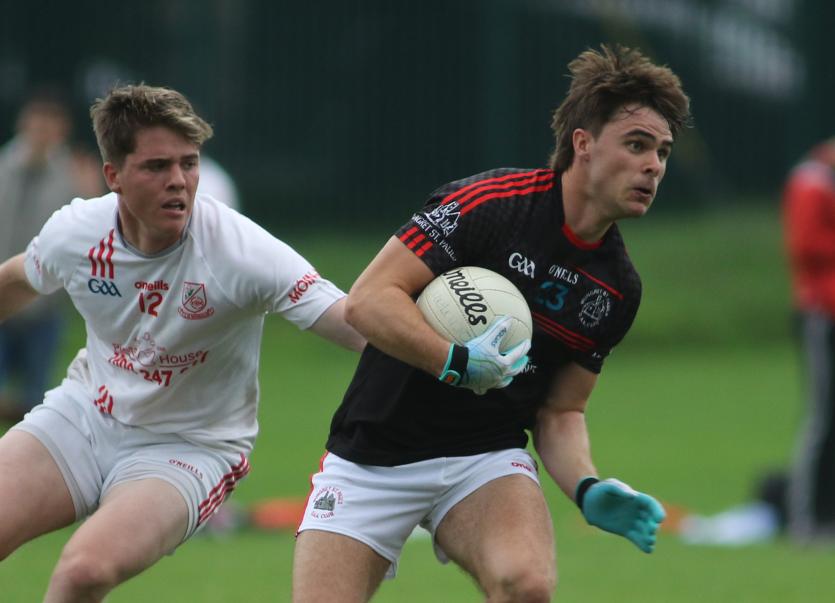 JUST two games were played over the weekend in the Griffins Coaches Limerick IFC with wins for Mungret St Pauls and St Senans.

With confirmed positive Covid-19 tests for players from both Claughaun and St Patricks, both their weekend games were postponed and have resulted in a re-jig of fixtures in their respective groups across the next two weeks.

Relegated down from the senior ranks last year, the men from Foynes-Shanagolden signaled their desire to make an immediate return with this impressive win.

Kevin Moore was the sole Glin scorer in the opening half with four points.

In the second half, Glin were reduced down to 14 mid-way through the 30-minutes and St Senans profited.

Ian Ryan had their second goal, with Sean McSweeney, Ryan, Ray O'Flaherty and Naughton among their points.

Glin must regroup to play Bruff this weekend.

A big day for Monaleen to play in the intermediate ranks after last year's JAFC success but Mungret ensured it wasn't a winning debut in tier two.

Brendan Giltenane and Michael Fitzgibbon had early goals to ensure Mungret had 2-1 on the scoreboard before Monaleen opened their account.

The Castletroy side steadied the shop somewhat and by half time it was 2-4 to 0-4.

In the second half Mungret added another two goals - John Hutton with a penalty and Giltenane with his second.

Jack Walsh and the returning from injury Patrick Begley were among the points for the 16-point winners.

Monaleen now need a positive result when they play Kildimo-Pallaskenry this weekend.