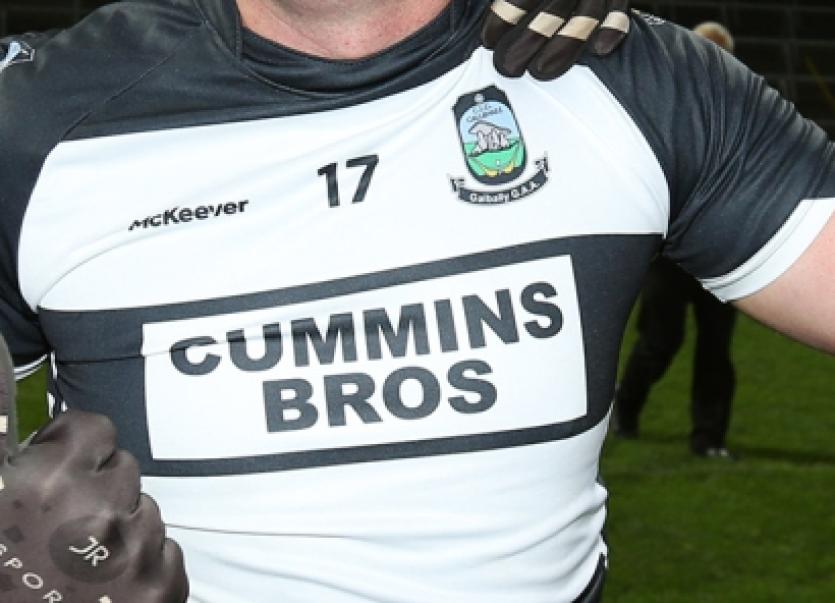 TWO first half goals set Galbally on their way to an Irish Wire Products Limerick SFC victory over St Kierans this Sunday evening.

In Kilmallock it finished Galbally 2-7 St Kierans 0-11 in round one of the championship.

Galbally were eight points clear at half time and the St Kierans cause wasn't helped when substitute Anthony Molyneaux was sent off just two minutes into the second half.

Donal Nolan kicked the only St Kieran' score of the opening 17-minutes but Galbally were soon 1-4 to 0-1 ahead.

Their first goal came in he 16th minute from Ciaran Sheehan - squeezing to the net from a tight angle in a crowded goalmouth.

When James Cummins and Mike Donovan added points, the men in black and white were six points clear.

John Hayes kicked a '45 for the west Limerick men but in first half injury time Galbally were to open a sizable lead when they goaled from a penalty.

Jamie Morrissey was fouled and Mike Donovan scored the goal for a 2-4 to 0-2 half time lead.

Early in the second half came the straight red card but St Kierans did look a more determined outfit and John Hayes was to kick seven points in the half for the men in green and gold. Hayes ended with 0-8 (6frees, 1 '45).

Across the game, St Kierans had just three points from play, while Galbally scored 1-6 from play.

With a return of just one point in 20-minutes for Galbally, the scoreboard read 2-5 to 0-8 shortly after the water break. And, St Kierans would have been closer but Ger Ryan denied Noel Callanan with a fine save.

St Kierans could never get closer than a goal until deep into injury time. It was also an injury time that saw St Kierans down to 13 men with Jack Ben Hartnett off for a second yellow card offence.

St Kierans must now regroup to play Monaleen next weekend.