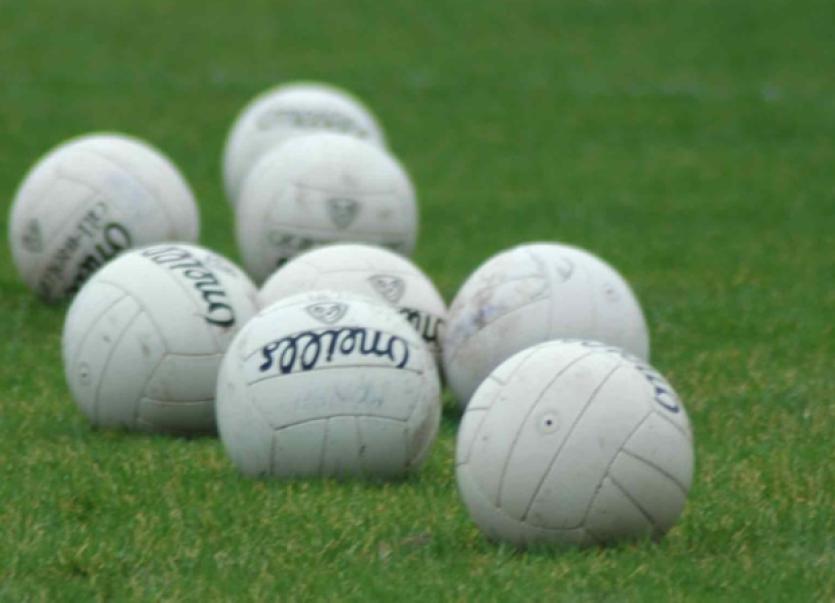 Both competitions start this weekend with 12 teams in each grade – each guaranteed two group games across the next three weekends.

In the SFC and IFC, the top two team in each group will qualify for the county quarter finals and then there will be an open draw for the semi finals - avoiding previous pairings where possible.

The bottom team from each group will play in a relegation semi final with the losing teams playing in the relegation final to determine who drops down for 2021.

So three games for all 24 teams in the SFC and IFC.

There are four teams in each grade with a bye in round one – Ballysteen, Fr Caseys, Monaleen and Ballylanders in the SFC and Rathkeale, Pallasgreen, Bruff and Kildimo-Pallaskenry in the IFC. Each of these four teams will play a losing side from round one in the second group of group games.

Just like the hurling championships last month, all football championship games this weekend will be played before just 200 people – including players, managements and club officials.

Tickets will be required to gain entry to all games with each club getting about 45.

IT'S the third year of the All-County Limerick Junior A Football Championship.

Sixteen do battle for the title with four groups of four teams guaranteeing three games to all.

Two teams advance from each group to the quarter finals, while crucially the bottom team in each group is automatically relegated down to Junior B for 2021 to leave a 12 team JAFC format for next season - similar to the senior and intermediate grade.

Monaleen won this junior A title last season - beating Croom in the final.

With no promotion up from the junior B ranks last season, Athea are the only newcomers to the competition this season - relegated down from the intermediate ranks.

Elsewhere across the groups, Cappamore were beaten 2018 finalists, while Kilteely-Dromkeen have reached the last two semi finals.