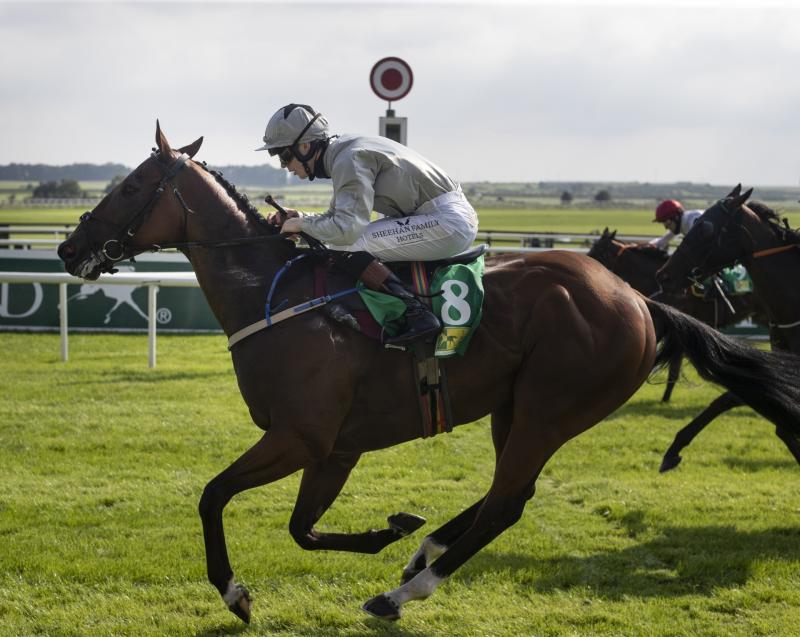 The 12/1 chance overcame a mountain of trouble in running to snugly account for the Ger Lyons-trained even money favourite Frenetic by three-parts of a length.

Shanagolden jockey Chris Hayes followed Lee into the winners’ enclosure when taking the opening division of the 6f handicap on the Niall Egan-trained Theoneyouare. It was all too easy for the Shanagolden jockey as the 10/1 shot ran out a five and a half winner from Dee Sprinter.

Herbertstown horseman Donal McInerney landed his second winner of the season when taking the 2m4f maiden hurdle at Sligo on Wednesday on 3/1 chance Nero Rock. The five-year-old, trained by Mouse Morris, scored by an easy seven lengths from Rian Thomas for owners Michael and John O’Flynn.

At Leopardstown on Thursday, Emmet McNamara rode his first winner since his famous Epsom Derby success when landing the Group 3 Japan Racing Association Tyros Stakes on the Aidan O'Brien-trained Military Style. The 7/1 chance made all the running to win from his own stable companion Van Gogh.

Chris Hayes was a winner again at Tipperary on Friday where Real Force put up the best performance of the session when taking the median auction race in great style for Counrty Kildare trainer Ger O’Leary.

Although an easy-to-back 5/2 chance, the three-year-old ran out a comfortable two and three-parts of a length winner from strong 11/10 favourite Aztec Parade, trained by Johnny Murtagh.

Hayes was back in the winners’ enclosure at Cork the following afternoon when he partnered the Fozzy Stack-trained Sloane Peterson to win the 5f maiden. Sent off the 3/1 favourite, she was never far off the pace and beat the Jack Davison-trained Mooniesta by a neck.

Billy Lee had an easy time of it on the Paddy Twomey-trained 100/30 favourite Pearls Galore in the 7f fillies’ handicap at Cork on Saturday.

The three-year-old was having her first start in a handicap and routed the opposition with a runaway four and a half-length success from the Ger Lyons-trained Abeona and she will certainly be stepping up in class for her next start.

Lee worked harder for his second winner which came on his sister Susan Finn’s Youceeyouceecee in the opening division of the 7f handicap. The 17/2 chance came from well off the pace and collared the leaders close to the line for a half a length success over the Eoin McCarthy-trained Fascinating Spirit.

Doctor Duffy made much of the running under Kevin Brouder as he won the Kieran Kelly Memorial Beginners Chase for Ballingarry trainer Charles Byrnes at Kilbeggan on Saturday evening.

In the colours of the Relicpride Partnership, the seven-year-old was far from fluent at the third fence but hardly put a foot wrong after that as he won by all of nine lengths from the Gordon Elliott-trained Aforementioned at odds of 6/5 favourite.

Abbeyfeale jockey Paddy Harnett stepped in for a winning ride on the Denis Hogan-trained Bahlwan when Joey Sheridan failed to make it to the Curragh on time on Sunday. A puncture cost Sheridan the ride but the Abbeyfeale apprentice proved an able deputy on the 15/2 chance when scored by a length and a quarter from Glow Worm.

Harnett was also a late replacement for Sheridan on a Hogan-trained winner at Navan last month.