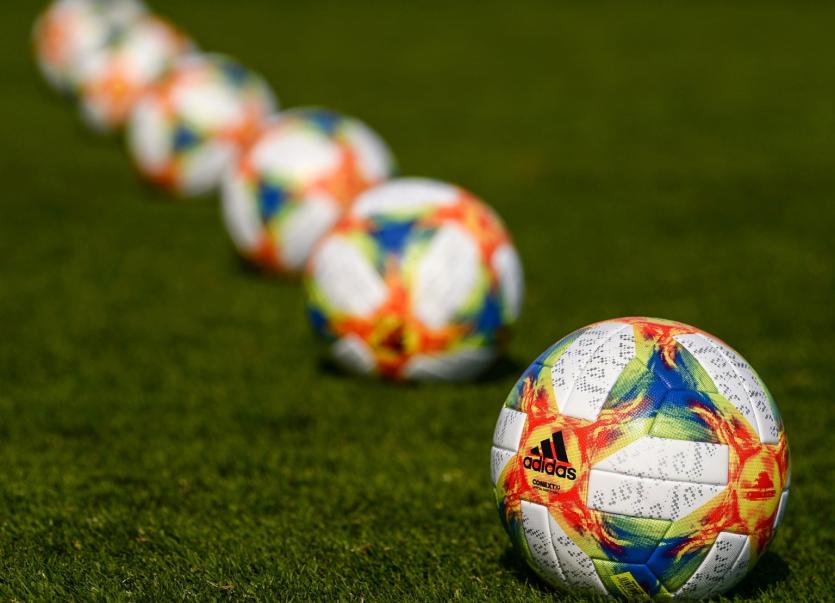 THE Munster Junior cup semi final draw kept alive the hopes of an all-Limerick final with Aisling Annacotty and Fairview Rgs avoiding each other when the teams were drawn.

On another positive note the two Limerick hopefuls were gifted a home draw in the semi finals both of which will take place this weekend in Jackman Park.

Few of us could have forseen the carnage that the Coronavirus has heaped on the world and along with everything it also took its toll on Junior soccer, forcing an early halt to all local leagues and cups.

Thankfully, the FAI and Munster Junior Cups have survived albeit much later than usual.

Unfortunately, there are restrictions for the weekend games which will be governed by the Covid guidelines, restricting attendance to 200 people. When players, coaches, committees are taken into consideration, there will be few tickets available to spectators.

The LDL have asked to remind anyone going to the game that they must have a ticket. In line with Covid 19 guidelines nobody will be allowed into the ground without a ticket.

Fairview kicked off the return to action last week with an FAI win over Killarney Celtic and they will be in action when they host St Michaels in Jackman Park at 5pm.

A day later Aisling Annacotty will take on Waterford Crystal at the same venue with the games scheduled for a 3pm kick off.

With the close season wheeling and dealing of all involved, one must keep in mind we are operating on 2019/20 panels for each club.

Fairview Rgs had the more difficult path to the last four having to see off local rivals Athlunkard Villa, Janesboro and Ballynanty Rvs.

In the open draw Fairview came out on tops against Clonmel and Stradbally before defeating arch rivals Pike Rvs in the quarter finals thanks to a Ross Mann goal.

There is much written about St Michaels. One of the best junior teams in the country, their honours list is too long to mention. Suffice to say they are current holders of Munster and FAI cups.

After emerging unscathed from their local league they struggled past St Marys (4-3) then beat Regional B 3-0 before Sunday’s win over Abbeyfeale.

They will be rightful favourites but they have on occasions found the going tough in Limerick.

Jason Purcell and Stewart Fitzgerald have assembled a squad well capable of knocking Saints off their pedestal but not an easy task.

Understandably the ‘view looked rusty versus Killarney but did the business and the game under their belt will have helped them get back in the groove.

Aisling Annacotty had a somewhat easier path into the last four but did all that was required. Wins against Moyross B, Fairview B and Newport put them through to the open draw where they saw off Killarney Ath, Drinagh and Coachford.

Their opponents Waterford Crystal have been most impressive in their run to the semi-finals.

After breezing through their local games they reached the open draw where they posted impressive wins over Newmarket Celtic, Dungarvan and Doolans Cow all without conceding a goal prior to the quarter final. In the quarter final on Sunday they beat Doolans Cow 4-2 to progress

Aisling lost the services of Manager Mike Aherne during the Covid restrictions, and will go into the tie under the guidance of a new management team of Shane O’Hanlon, assistant Percy Ryan and coaches Daithi O’Donoghue and John Lysaght.

It is a strange situation, but the experience of former Munster winners O’Hanlon & co. bring to the fray will prove invaluable.

Victory for both Limerick sides would see the final fixed for Jackman Park a week later.