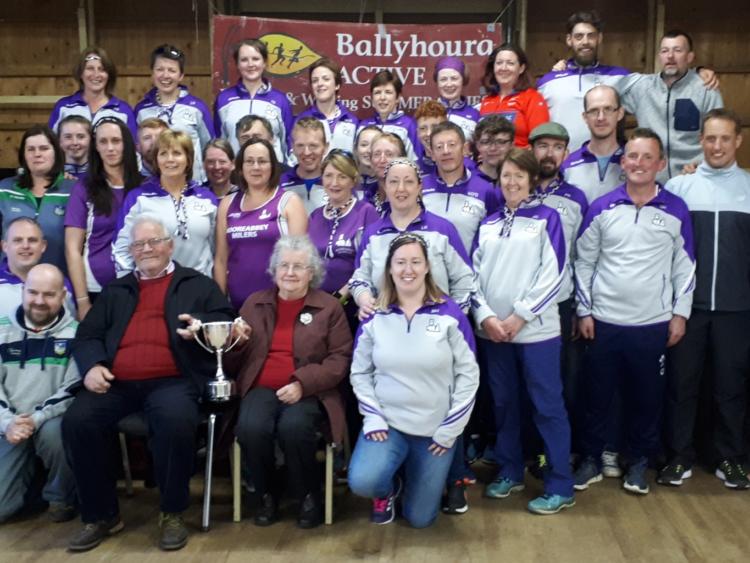 Congratulations to our near neighbours Grange Fermoy AC  the club's 60th anniversary.

Back in early June the club was contacted by David Greene the chairperson of Grange Fermoy AC. For weeks Grange Fermoy AC had agonised over the decision as to how to proceed with their annual 4 mile with this year being of particular importance as it was marking the club's 60th anniversary.

Having had many ideas thought out Grange Fermoy AC landed on an invite only select elite runners race. 60 was the magic number of day not only celebrating 60 years as a club but 60 runners was the top limit of the group that would race in an all too different experience. The only request was the runners selected be in approximate sub 22 minutes shape male and sub 25 female. We were only delighted to receive the invite and happily put forward 4 men and 1 lady, hitting the peaks of their training. Unfortunately due to injuries and other family/work circumstances none of our members could participate.

Tom Talks Time And Speed
Almost, all competitive events are timed. In athletics, time and speed go hand in hand. The fastest people in the world can run 100 meters in under 10 seconds, a mile can be run in under 4 minutes and a marathon has been run in under 3 hours. But if a sprinter could sustain his pace for a mile we would have a sub 2 minutes 40 second mile and a marathon in a sub 70 minutes, so what is the problem why can't we break these barriers.
To sustain the sprinters pace physically isn't possible, in fact, when you break down the sprint it is divided into different stages. From the start, to the speed building phase, then maintaining speed. In the first 6 seconds the athlete gets to optimal speed after that he is slowing down. So when Bolt runs a 100 meters sprint he is trying to stop from slowing down for almost half of his race. The funny thing is that all the other sprinters are battling in the same way.

A sprinter gains most of his speed in the first 2 and a half seconds as he burns ATP as fuel, everyone produces ATP naturally in the body. But we only have enough for 2.5 seconds regardless of who you are and then you have to rest for 90 seconds to produce enough to do another 2.5 seconds. Drug companies can make chemicals to allow the body do this faster, it allows athletes to train harder for longer and instead of say doing 12 or 16 repeats of an exercise while taking this substance you could do 30 or 40 repeats with less rest and recover much faster. But the problem was it caused athletes hearts to enlarge and they died of heart attack. The substance is now banned in America but can be still sourced in Europe. At sprint speed the body can't fuel itself over long distance, in fact the body changes the fuel depending on the distance it has to cover each fuel has its limits advantages and disadvantages.

Our body's turn almost everything that we eat into different types of sugar for fuel. If we eat too much and the body doesn't need it, it will convert the excess into fat. That's generally how we work, our body's are amazing in that the variety of food we eat and our bodies can use chemicals in the liver to turn all foods and liquids into fuel.
To get back to the training end of things if you are in a sports club and the coach tells you to sprint the length of the field turn around and sprint back and keep doing this without a chance to recover. What will happen is your body will go into survival mode and instead of getting faster your body fights back and starts to slow. You start to feel pain as you continue and eventually you will collapse. Pain is your body telling you that something is wrong in order to protect it self. What people say is sometimes our heads write cheques that our body's just can't cash.

Every runner needs to do a certain amount of speed work even marathon runners. Marathon runners and ultra runners use the best fuel of all , fat, fat burns slow but a little goes a long way. The trick with doing speed work for marathons is after all the mileage is done and all the long slow runs are completed you do 400 meter repeats for example but at high volume. Being strong from all the high mileage and having tons of stamina you should be able to do up to twenty twice a week, maybe not too fast but after two or three weeks as the mileage falls away, the speed will come. Time is the the final element now the speed work is done. If you are a sprinter one lap of the track is your marathon, there are so many elements that are different for sprinters, middle distance and long distance runners. But all are bound together by speed and time.

Back in 2017 the club applied for a grant under the sports capital programme scheme of 2017. A few months later in 2018 we received the news that we had been successful in our application and funding to the total of €9,500 was granted to the club by the department of transport, tourism and sport. The purpose of grant was to provide improved facilities for club members and the wider community by improving the track at the community field and providing improved lighting at the track along with other funding received by local groups.

We are back at training on Tuesday and Thursday nights between 7-8pm for adults only. Our set up has a new framework that we have to incorporate into our training schedule. For contact tracing pre-booking is essential through our online booking system for our current members.

Should you have interest in joining us at our training sessions please message us via our social media page Mooreabbey Milers AC on facebook and we will point your running shoes in the right direction.