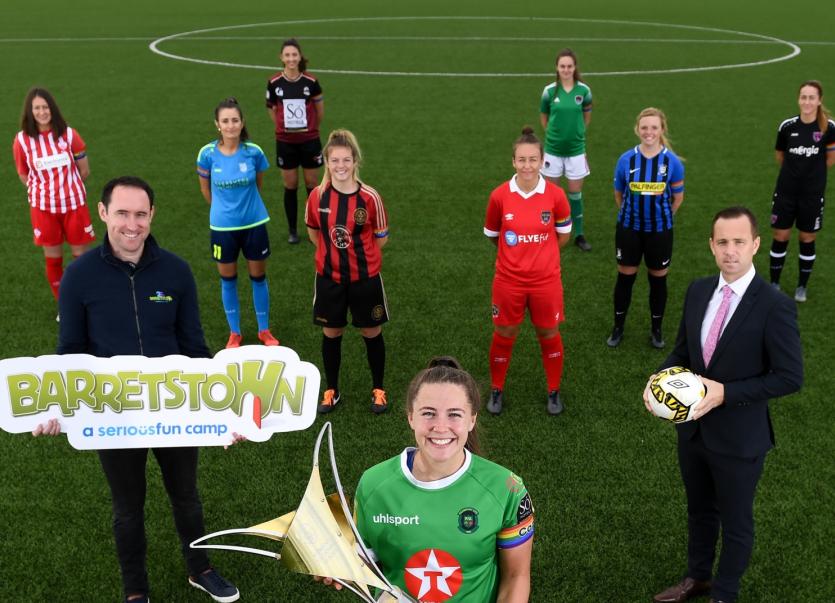 Ahead of 2020 season kicking off, the Women's National League confirmed Barretstown as its first ever charity partner

AHEAD of 2020 season kicking off, the Women's National League, which includes Limerick side Treaty United, has confirmed Barretstown as its first ever charity partner.

With captains from the nine clubs represented at a photocall, including Treaty United skipper Marie Curtin, the Irish charity which caters for children with serious illness will be officially endorsed by the League for the upcoming campaign.

WNL Committee Chairperson Myles Kelly welcomed the partnership by saying: "The Women’s National League are delighted to team up with Barretstown as our National League Charity Partner for the 2020 season.

"This is the first charity partner for the Women’s National League. We recognise the work that Barretstown is doing for young people who have been diagnosed with serious illnesses. Barretstown is a non-profit charitable organisation providing their services free of charge to all of the children who attend their camps.

"The Women’s National League hopes that our connection with Barretstown will help raise the profile of the great work being done by Barretstown in Ballymore Eustace, County Kildare."

Barretstown CEO Dee Ahearn said: "We are thrilled that the FAI’s Women’s National League has selected Barretstown as their charity of choice for the upcoming season.

"The COVID-19 crisis means that children with a serious illness, like those who come to Barretstown, who are immune-compromised, are currently even more isolated. That also means they need our therapeutic programmes now more than ever. We rely almost entirely on donations and the fundraising efforts of individuals, community groups and partnerships like this to ensure that we can continue to provide our programmes to children living with a serious illness.

"We are looking forward to working with the League over the coming months to help us reach new supporters and ultimately to Press Play on the lives of children living with a serious illness and their families."