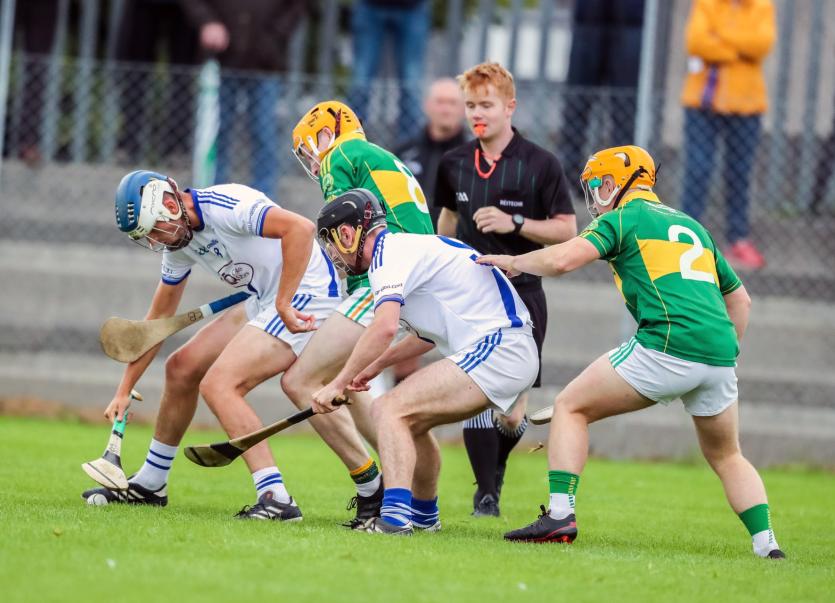 A share of the spoils for Bruree and Cappamore in this round one game in the Lyons of Limerick Premier IHC.

Five times the sides were level in Claughaun as it finished 0-14 each.

Both now regroup for next weekend when Cappamore play Kildimo-Pallaskenry and Bruree face Mungret St Pauls.

In the end it was an injury time Sam Williams free that secured the draw.

Cappamore had the aid of the breeze in the opening half and were left to rue eight wides.

Joe Lonergan, Jason Fitzgibbon and Con Berkery were all on the mark for the east Limerick men in that opening half.

The men in green and gold built an early four point advantage and while it took Bruree 16-minutes to get on the scoresheet, the game was 0-5 to 0-4 by 22-minutes with Williams and Sam Cronolly on the mark for the south Limerick men.

Two minutes into the second half the game was level for the first of five times - Brian Sexton with the score.

Cronolly and a Williams free then had Bruree ahead for the first and only time in the 10th minute, 0-10 to 0-9.

Free-taker Tommy O'Donoghue restored the Cappamore lead - he was to be their only scorer in the second half with six points.

In the final quarter of the game the only score from play came from Bruree's James Vincent O'Brien.

Both sides had chances to win it - Cappamore ending with 11 wides and Bruree six. One of those Bruree wides was a huge effort from a long range Williams free in the final minutes that the men in blue maintain was a point but after consultation with his umpires the referee confirmed a wide ball.