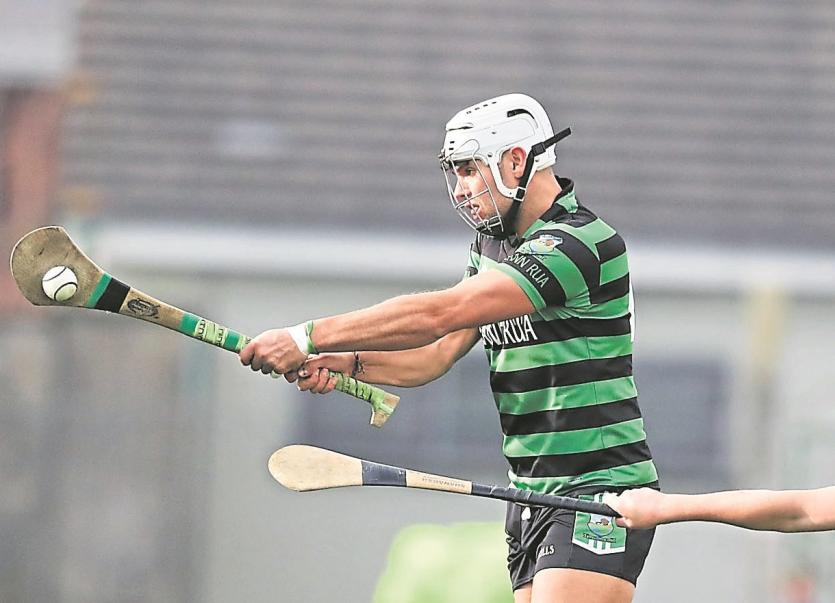 GLENROE made a winning start to life in the Limerick Premier IHC with a 1-17 to 2-13 win over Dromin-Athlacca this Saturday evening in Kilmallock.

Promoted up into the second tier as Limerick IHC winners last season, Glenroe were never behind in this tight tussle.

Glenroe, managed by Danny Murphy and coached by former Limerick and Dublin hurler Maurice O'Brien, had seven different scorers across the evening fixture, while Dromin-Athlacca relied on David Reidy frees to keep their scoresheet active.

Glernroe raced from the blocks and were 1-2 to no score ahead with just three minutes played - Brian O'Connell with their goal.

But Dromin-Athlacca then found their feet and had the game level at 1-2 each by the sixth minute - David Breen with a fine finish for their goal.

Eoin Walsh and a Mark O'Connell free regained the lead for the men in green and black but Reidy scores left just the minimum between the teams at the mid-point of the opening half.

Glenroe were to bring a 1-10 to 1-5 lead into half time after dominating the period before the break. Backed by a gentle breeze they had scores from Darren McCarthy (2) and O'Connell.

In the second half, Dromin-Athlacca set about eating into that five point lead and Reidy and Sean O'Leary points did just that inside five minutes.

Again Glenroe rallied and Eoin Walsh and Brian O'Connell had points to ensure the scoreboard was 1-12 to 1-8 and still inside the opening five minutes of the new half.

Like the opening half, the early scoring spree then dried up.

There was almost 20-minutes of action to play and Dromin-Athlacca were to score just three more points - the final three scores of the game.

But they then failed to score for the final nine minutes of action.

Two David Breen points cut the lead and then a eighth point for Reidy left the minimum between the teams.

Although four minutes of injury time, Dromin-Athlacca failed to find a score to secure a draw with nine wides to rue - Glenroe had six.

* See print edition of the Limerick Leader for a full match report.