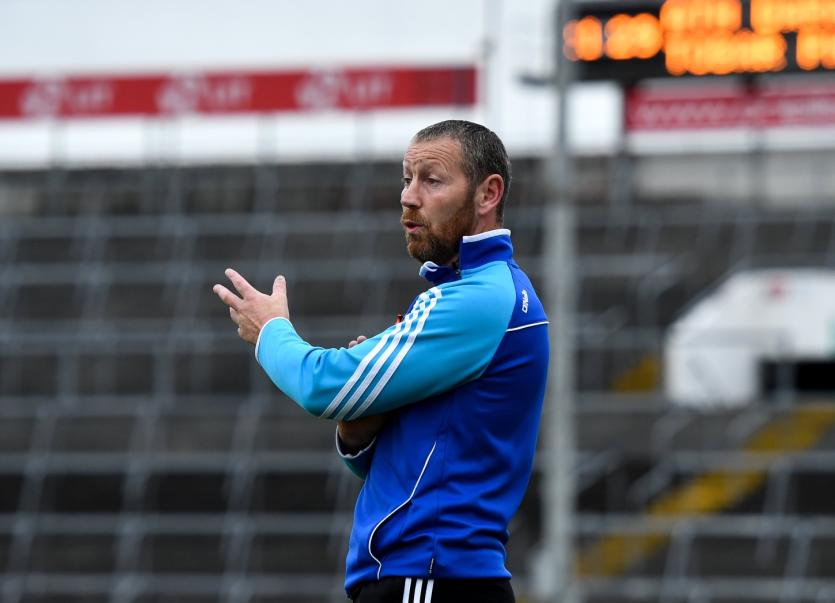 PATRICKSWELL are attempting to win back-to-back Limerick SHC titles for the first time in over 20 years.

"This time last year we were going out doing our level best to try and win a championship but it’s slightly different this year because we are defining champions and whatever team are going to play us are going to raise their game, so we need to be physically and mentally ready for that," stressed Carey after the six point win in the LIT Gaelic Grounds.

"There are always areas to work on but this is our first championship match and we are thrilled to get a win."

Carey explained: "Our discipline was poor - lazy defending and lazy tackling and when you do that in a championship game you will get penalised for that and that’s what happened tonight".

Adare led by six points early in the second half but Patrickswell finished strongly.

"When we look back at our campaign last year and we had seven championship matches and we won six and the team that drew with us was the same opposition as tonight. Adare are only back the road from us and we expected nothing else only the challenge that we got off them tonight so we are very pleased to come away and win comfortable enough in the finish," said the manager.

"We went out to win the first quarter and that didn’t happen, we held our own in the second and I think we upped the ante in the third quarter and then finished in style in the fourth quarter."

He added: "We probably weren’t as strong in the middle of the field for the first two quarters - when 8 and 9 come out on top, you win most matches and we got every strong there as the game went on".

Carey confirmed that star forward Aaron Gillane had recovered from an ankle injury to play - he finished with 2-4 from play.

"He rolled over on his ankle about a fortnight ago but thankfully he came good. You would expect that from Aaron or anybody wearing a green jersey and playing for their club should be highlighting themselves every time they go out - not major surprise to me that he played well on the night," said Carey.

Thursday was the opening game of the 2020 Bon Secours Limerick SHC.

"It’s good for everybody to get back - good for your mental well-being that you have structure in your life again to be training three nights a week. Sport is huge for that to be fair," said Carey.

* The Limerick SHC continues this evening and over the weekend. All teams profiled here