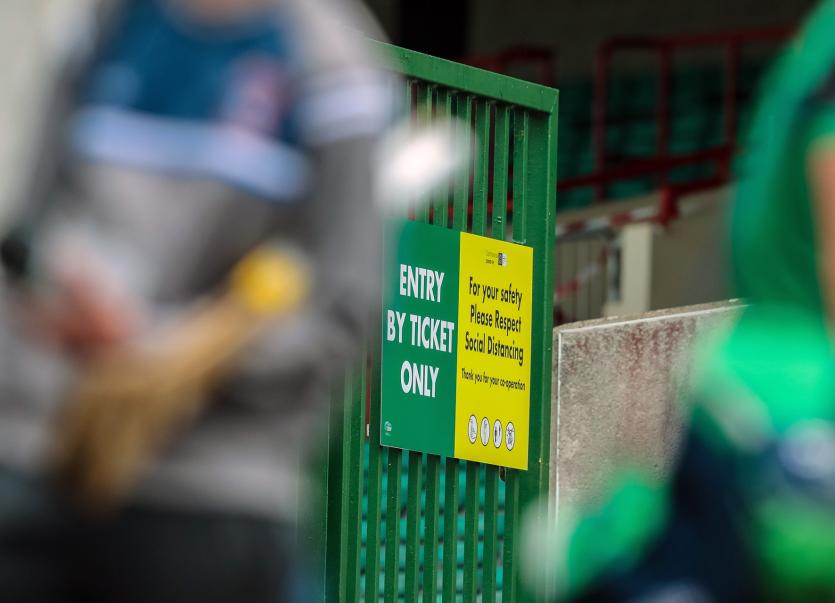 THERE will be no public sale of match tickets as the Limerick club hurling championship commences this week.

Four of the big hitters of Limerick club hurling collide in opening round games this Thursday and Friday evenings but support numbers will be roughly 100 due to Covid-19 restrictions.

Government regulations permit attendances of just 200 but this includes the two participating teams, managements, all personnel working at the venue, as well as supporters - therefore no more than 100 supporters are expected.

Limerick GAA officials have confirmed that each participating club will receive a maximum of 50 tickets to sell, at €8, to their club members and that all venues across the top four tier of the club hurling championship this weekend will operate on a ticket-only basis.

There are four games in the restructured Bon Secours Hospital Limerick SHC this weekend and the action commences when champions Patrickswell meet neighbours Adare on Thursday evening in the LIT Gaelic Grounds at 7.30.

Ciaran Carey’s Patrickswell are bidding to put back-to-back titles together for the first time since 1996-97. With club captain Cian Lynch, top scorers Aaron Gillane and Diarmaid Byrnes in their ranks, The Well are listed as second favourites for the Daly Cup title.

Although without the injured Shane Dowling, Na Piarsaigh remain the bookies choice to be crowned champions. The Caherdavin side have won five of the last nine titles and will be able to call upon seven members of John Kiely’s Limerick inter-county senior panel.

There are two games in the Limerick SHC on Saturday – both 7pm.

There is a fixture schedule of 24 club county championship ties next weekend in Limerick with intermediate and junior games as well as senior.

The group stages of the varying Limerick club hurling championships are to take place across the next three weekends.

With the reduced number of supporters allowed into the games, Limerick GAA officials have undertaken to get television and online streaming coverage for as many games as possible. In round one, three of the four games will have live cameras in situ.

The Limerick SHC final is scheduled for September 20 to allow the inter-county team adequate time prepare for an October 24/25 Munster SHC quarter final tie with the Brian Lohan managed Clare.