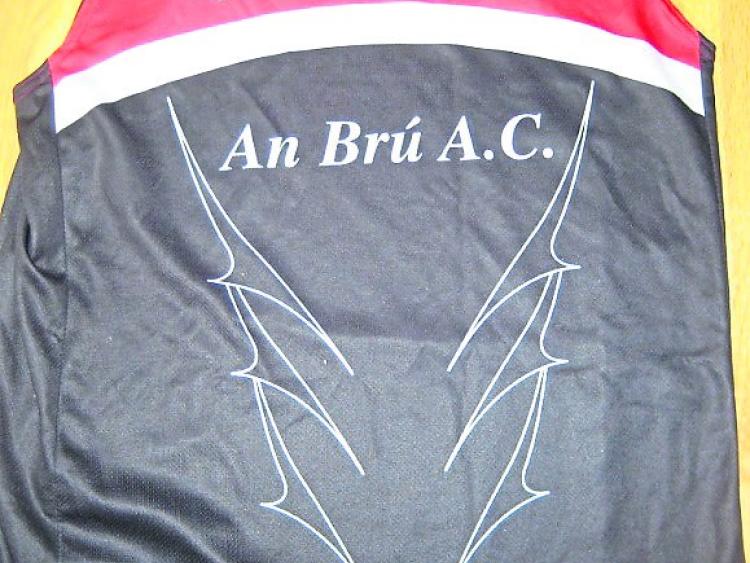 MANY have asked ‘how was An Brú AC formed?

The simple answer is a number of local running enthusiasts came together back in 2013 to put the wheels in motion about forming a Club in the area.

Numbers running locally had increased hugely and timing seemed right to explore the idea for Bruff and surrounding communities.

A committee was established. After many meetings and several months hard work it paid off and An Brú AC, fully affiliated with Athletics Ireland was born on February 11, 2014.

It was many years since an Athletics Club existed in the area and there was much excitement. An Brú would be for all abilities, the young and old, male and female.

Besides general health other benefits of a local running club include comradery and friendships formed between members from different parishes that surround Bruff.

Running is often described as a release mechanism to share thoughts, make friends and develop self confidence.

The ability to get out, exercise and express your thoughts freely is hugely positive for mental health.

An Brú tries to make running fun and inclusiveness is a cornerstone. A run has often been referred to as more of a ‘history lesson’ than exercise, whether it’s conquering the ‘hills of Knockainey’, passing the ‘Old station at Knocklong’, a ‘water stop at Bulgaden Cross’ or an early morning trot across the countryside of ‘Rathcannon’ on ‘tired legs’.

Some An Brú runners are better than any modern day ‘Sat Nav’ system. A friendly wave from a local on a country road is not unusual as many have become familiar over time with the ‘faces of An Brú’.

Many successful events were organised, with the most our annual ‘ 5 mile’ as part of the Ballyhoura Series.

Great relationships exist with other Clubs in the Limerick/North Cork area and An Brú commonly help with their events if needed.

Another big achievement was the successful Zero to 5k programmes, designed for those who are new to or away for a long time from running.

To see progression to 5k with some going on to their ‘first’ 10mile or half marathon is rewarding. Members compete at distances from 5k to Marathon and Cross Country. It’s not uncommon to see An Brú faces and the Famous ‘Red & Black’ in far away places such as Mallow, Killarney, Dublin or even Amsterdam plus local events!

Glory days include the arrival of county cups and medals for both individual and teams events and Munster level too.

It’s encouraging to see how the club has facilitated these individuals to perform at high levels whilst all living only ‘a few miles apart’.

Recently we successfully added a Juvenile section. It’s important to provide an outlet for young people who are interested in Athletics.

Hopefully they have fun and form friendships. They’ve enjoyed the super track facilities at UL and experienced great days at Nenagh and beyond, each trying their best for ‘An Brú’ supported by our dedicated coaches. No club functions without a solid background Committee and committed volunteers. An Brú is renowned for its feast of ‘post race’ fine food or ‘recovery fuel’.

Finally special thanks to Limerick County Board, Athletics Ireland and LSP. 2020 hasn’t been easy due to COVID19. Although Club Training was suspended, for many members running was their ‘best friend’ during ‘lockdown’. The ‘ability to run within a 2/5k radius provided an outlet and fitness was maintained.

We look forward to racing again and getting back doing what we love to do which is run.
‘‘Our running shoes have magic in them,the power to transform a bad day in to a good day,frustration in to speed, self doubt in to confidence,chocolate cake into Muscle’’