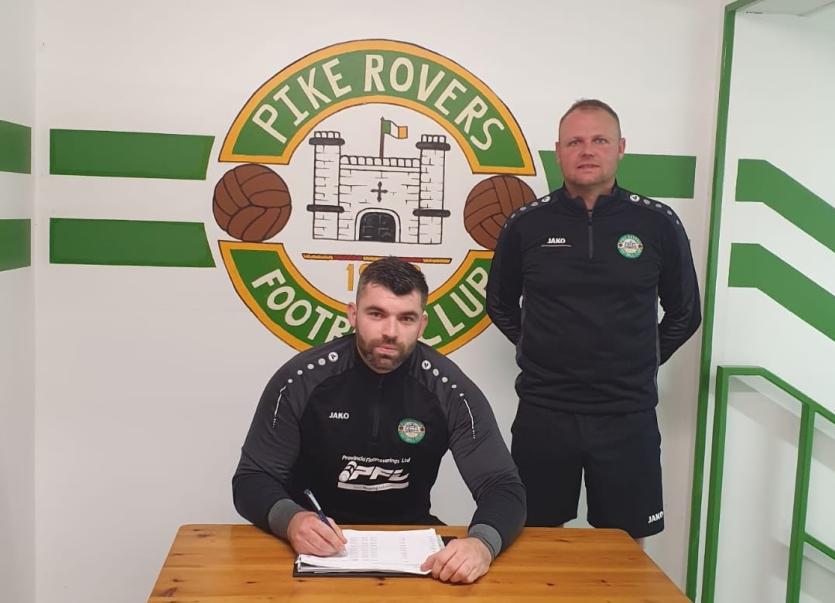 Goalkeeper Brian Collopy is joining Pike Rovers for next season

PIKE Rovers squad for next season continues to take shape as the Limerick junior soccer side have confirmed two further signings.

Grant and Collopy are the third and fourth signings announced by Pike in the past week.

It was confirmed earlier that former League of Ireland striker Kieran 'Red' Hanlon is also joining 'the Hoops' for next season.

Exciting striker Hanlon joins from another local junior soccer side, Ballynanty Rovers. Hanlon had featured for Limerick FC in the SSE Airtricity League in recent seasons.

The Crossagalla side had previously announced the signing of Ireland junior international Danny O'Neill.

Delighted to welcome Aaron Grant & Brian Collopy to the Hoops this evening. They will be great additions to the panel. pic.twitter.com/XZawHG6O6d