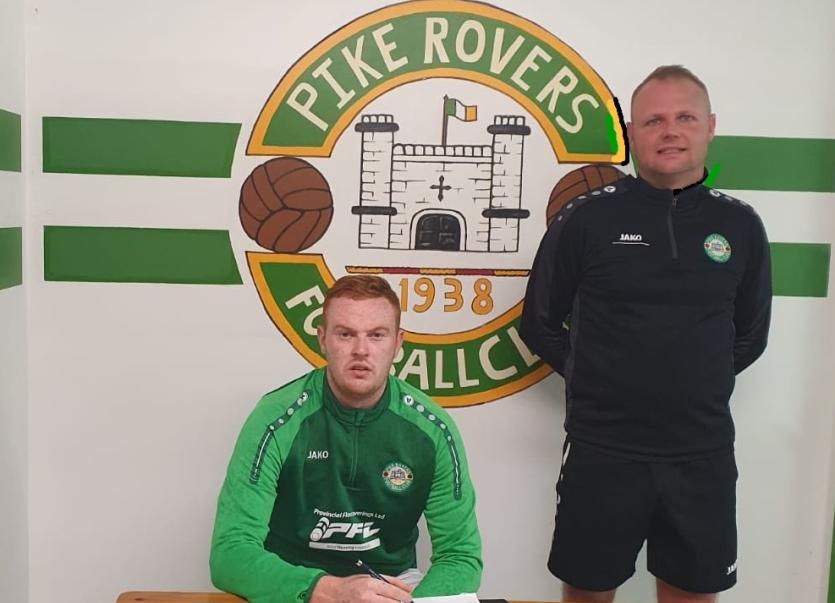 Kieran Hanlon has rejoined Pike Rovers for next season

LIMERICK junior soccer side Pike Rovers have boosted their squad further ahead of the new season with the signing of former League of Ireland striker Kieran 'Red' Hanlon.

The signing of Hanlon is a second big name addition to the Pike Rovers squad announced in recent days.

The Crossagalla side had previously announced the signing of Ireland junior international Danny O'Neill.

We are delighted to announce the signing of ex League of Ireland striker Kieran Hanlon, previously with Ballynanty Rovers. Kieran (Red) will be a great addition to the squad and look forward to seeing him wearing the Hoops. pic.twitter.com/KfwBY3LH1t